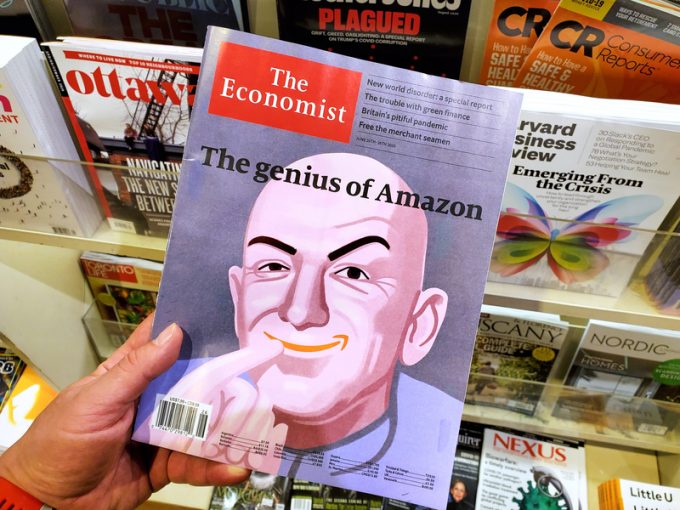 In the third of a four-part series, Stan Wraight, president of air cargo consultancy SASI, takes off the gloves to explain how airlines, airports and handlers can innovate. “Do you think Jeff Bezos of Amazon, Jack Ma of Alibaba or Fred Smith of FedEx made their companies great by accepting common solutions? Or did they see a business opportunity, and leverage their skills to create unique selling points?”

It is an obvious fact – but not a leveraged one – that scheduled airlines that operate non-stop intercontinental flights have the fastest possible way in the world to move goods from one point to another.

Very expensive aircraft assets that can provide an overnight next-day service are literally giving away the space, at prices below costs in some cases. The aircraft are the same: the only product differentiator is on the ground, at both origin and destination airports.

To leverage that speed advantage, and ensure the airlines that serve your airport or airlines you handle are relevant in this new world, you must ensure that your capabilities are your USPs, not the average, compromised “good-for-all” generic solution that is so widespread now.

If airlines which operate via hubs, due to antiquated bilateral agreements on high-demand routes, process cargo with the same speed as passenger baggage in transit, the worst-case scenario would be to have the same transit times as integrators that operate through multiple hubs to get to the same destinations.

If you think like an airline, you will fail

UPS, FedEx, DHL, Cainiao and the like spend approximately 85% of costs on data and ground services, and only 15% on aircraft. But airlines reverse this spending, with 85% spent on airframes and only 15% on the ground – and precious little of that on cargo. But ground services such as data systems, warehouse automation, cargo community systems and engagement with consignees can be USPs, not association-led generic solutions.

And it can be easily replicated by scheduled airlines virtually, and in most cases as a variable cost, through engagement with private enterprises anxious to cooperate.

Three years ago, a major European airline asked me to participate in a management information bulletin video, in which it highlighted its miniscule tonnage in high-value verticals, its “specialities”, which produced a surprisingly high percentage of the airline’s cargo revenue. The purpose of the video was to show management that the focus should be on the value part of the business, via a product portfolio approach.

Both the airline and airport industries have tried to address and expand this focus on “verticals” with committee after committee. Associations like Cool Chain, Pharma Aero and the IATA CEIV programme are examples. Yet modern technology and packing shows that no one wants pharma dwelling in a warehouse; shipments should move from warehouse to aircraft to warehouse to consignee in minutes, not hours or days. Modern pharma packing, which guarantees temperature integrity, is a much smaller size than complete aircraft pallets, yet warehouse solutions are the focus.

Why? Should we not be using data transparency and stakeholder dialogue, door to door?

During a recent visit to a handler at a major European airport, we witnessed the unloading of a 747F. The pharma shipments moved straight from ramp to warehouse to truck in about an hour. When I asked why, then, they had built the expensive, association-compliant pharma complex?

The answer was shocking: “Because the airlines want it.”

“Almost never for pharma – as it is pre-cleared and on its way.”

All these groups are doing the same thing in self-interest. The pharmaceutical manufacturing industry had already embraced a perfect standard, accepted universally – the Good Distribution Practices (GDP) system. But now IATA is doing the same again, this time for live animal shipments.

Standards for an individual airline, airport or handler product differentiation are its unique selling points. So why would you ever agree to something that, through these common approaches, will quickly turn a speciality into a commodity, as you lose your marketing advantage?

Collaboration makes hard decisions easier to take – but does that really make your company great? Do you think Jeff Bezos of Amazon, Jack Ma of Alibaba or Fred Smith of FedEx made their companies great by accepting common solutions? Or did they see a business opportunity and leverage their skills to create unique selling points?

They were all disrupters, and disrupters in air logistics have a much clearer, simpler and easier path to economic sustainability than those individuals did at that time.

Airlines, handlers and airports must be willing to move with the times, take the lead, innovate technologically and adjust their operations and marketing approach in response to increased competition. True business change is more than just a business plan update. It’s the result of a structured and planned process to make the company more efficient and profitable. It takes the company from where it is now, to where it wants to be and, in this case, due to Covid 19, where it must be.

The change can be relatively quick, such as improving the company’s or airport’s data procedures and capabilities, to utterly transformative, such as reformulating the entire product and service offerings in the light of the existing threat to scheduled airline and airport future profitability.