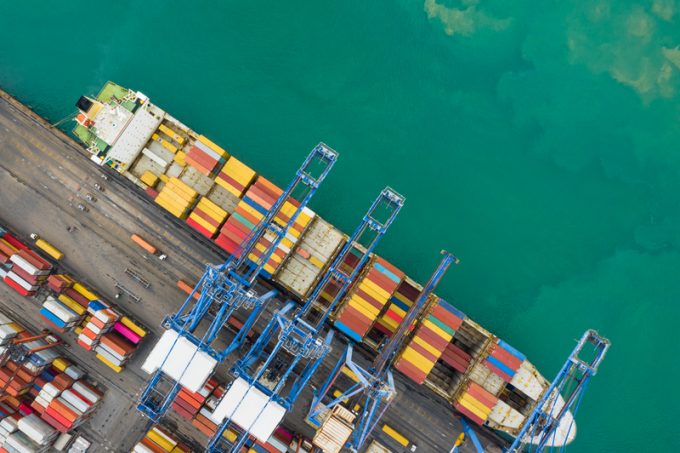 Container spot rates are beginning to head upwards again across all trades from already elevated levels, as carriers reduce their commitment to contract volumes in favour of much higher FAK rates.

The Freightos Baltic Index (FBX) China-North Europe component edged up to $7,316 per 40ft this week, and market reports to The Loadstar suggest rates on the route are set to soar again next week, returning to their mid-February peak of $8,430, and possibly higher.

“The squeeze on shipping capacity on the route has caused freight rates to rise,” said the Ningbo Containerized Freight Index (NCFI) commentary, which recorded a 4.6% rise in its North European index this week.

The FBX China-North Europe component is up a phenomenal 430% on the same time last year, at a time in the supply chain cycle when rates are generally under slack season pressure before a peak season recovery in July.

“Releasing the Ever Given mitigated the crisis, but in many ways the damage was already done,” said Freightos research lead Judah Levine. “Two weeks post-Suez blockage, global trade is beginning to feel the slow-moving hit on both capacity and pricing fronts.”

Indeed, one UK-based NVOCC told The Loadstar this week his carrier had not only doubled his contract rate from Asia, but had also cut his MQC (minimum quantity commitment) by 75%.

“We now have only a quarter of our business covered by the new contract and the rest will be at the mercy of the line’s FAK rates and all manner of surcharges,” he said.

The forwarder also works for clients with a sizeable US market and complained that rates on the transatlantic were now “out of control”.

According to the FBX, spot rates from North Europe to North America jumped by a more ‘modest’ 10% this week, to $3,306 per 40ft, having spiked by over 50% in the past few weeks.

And there is growing evidence that there will be another big spike in transpacific spot rates in the coming weeks, with the US National Retail Federation (NRF) saying it expects import volumes to be 14% higher this month than April last year.

Notwithstanding the severe initial impact of the pandemic on volumes last year, Blue Alpha Capital reported March imports to the top ten US ports were up by a massive 69% on 2020.

The FBX recorded spot rates from Asia to the US west coast this week at $4,986 per 40ft, a slight drop on the previous week, but the Shanghai Containerised Freight Index (SCFI) today recorded a 13% uplift in its spot, suggesting some big increases coming down the pipeline.

And increases are already working through for the US east coast, with the FBX recording a 3.5% increase in its spot this week, to $6,208 per 40ft.

Commenting on the final stages of the transpacific contracting season Jon Monroe, of Jon Monroe Consulting, said carriers were reducing MQCs in contracts “at the last minute” and, in some cases, hiking agreed rates at the eleventh hour.

“Contract rates are double last year, premium rates are up and bookings are backed up for three to four weeks,” said Mr Monroe. “This is like a game of musical chairs and the last [BCO] to the signing party may be left standing [with no MQC],” said the consultant.