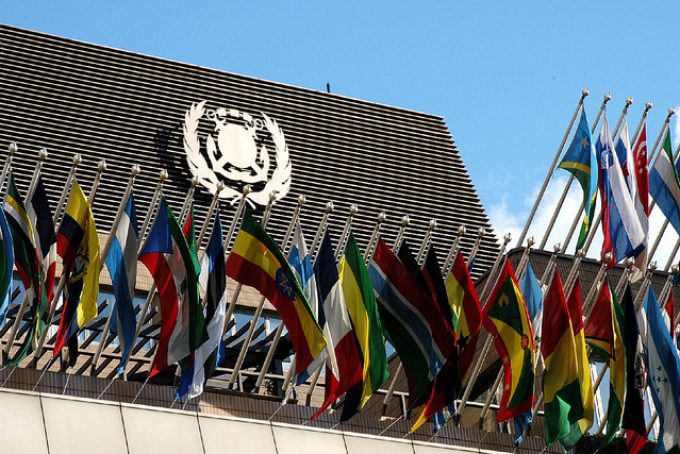 The shipping industry was today accused of blocking international efforts to curb pollution and greenhouse gas levels rising globally on a level unseen in other industries.

InfluenceMap is an environmental watchdog that assesses, “ranks and communicates the extent to which corporations are lobbying climate and energy policy worldwide”.

Last year, the IMO approved a roadmap that delayed an agreement on reducing the greenhouse gas (GHG) emissions of shipping until 2023. This included the adoption of an interim strategy on GHG emission reductions in 2018.

Earlier this year, after the European Parliament voted to include shipping in the EU emissions trading system from 2023, unless the IMO adopted adequate climate legislation for global shipping by 2021, IMO secretary-general Kitack Lim led the industry’s opposition, saying the EU’s policy “significantly risks undermining efforts on a global level”.

InfluenceMap’s Corporate capture of the IMO report states: “Corporations have unmatched access and influence at the IMO compared to other UN bodies, providing the shipping industry with a clear avenue to shape policymaking.

It found that some 31% of nations at the UN’s last Marine Environment Protection Council (MEPC) were represented by business and corporate figures rather than government officials, adding: “The IMO appears to be the only UN agency to allow such extensive corporate representation in the policy-making process.

“Progress on regulation has been stalled by powerful shipping trade associations, with the International Chamber of Shipping (ICS) leading efforts to oppose action on climate change at the IMO.

It adds that ICS, BIMCO and the World Shipping Council “have collectively lobbied to delay implementation of any climate regulations until 2023 – even then refusing to support anything but voluntary regulations that may not reduce the sector’s overall greenhouse emissions”.

InfluenceMap said all three groups opposed GHG emissions and energy efficiency regulations, with the ICS presenting a “mixed” position on carbon  pricing policies – something the WSC remains opposed to, while BIMCO had no formal position on it whatsoever.

Sifting through submissions to the IMO between 2015 and 2017, InfluenceMap found that 11.2% of all identified non-secretariat climate-related submissions at MEPC meetings came from ICS, BIMCO and WSC – “a figure higher than every state except Japan, Germany and Denmark”.

“Such a high percentage suggests industry associations are active and influential contributors to IMO negotiations on climate change,” it says.

Responding to the report, Paul Dickinson, chairman of the Carbon Disclosure Project, said: “This research highlights how lobbying by the shipping industry has led to the UN’s International Maritime Organisation failing in its responsibility to act on climate change.

“If more pressure is not placed upon the industry to act, its increasing emissions will hamper the world’s capacity to meet the climate ambition agreed under the Paris Accord.”

There was, however, praise for some shipping entities, with Maersk and Stena Line named as companies with transparent GHG policies “appearing to support ambitious action on climate change”.