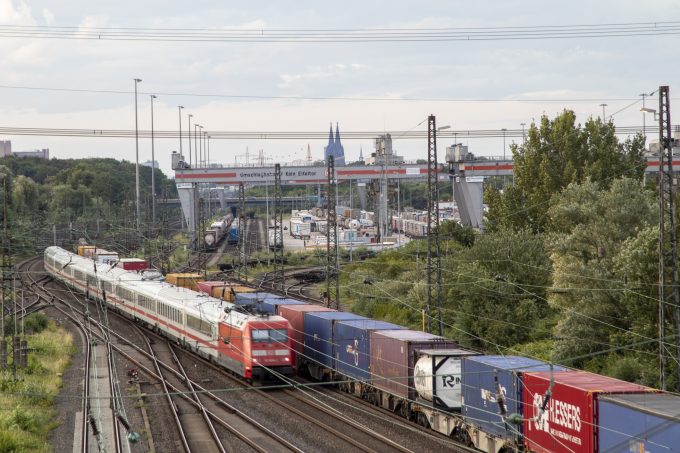 A new rail strike in Germany is intensifying European shipper woes amid concerns that supply chain problems will lead to a slowdown of production lines.

DB said: “After the first strike, DB Cargo worked in record time to resolve the backlog of freight trains at its marshalling yards and now has the capacities to keep trains running over the next few days.”

It said it will co-operate with other rail operators to ensure trains transporting essential goods “can be dispatched quickly to meet customers’ orders”.

This latest industrial action comes just a week after a strike that resulted in the suspension of some 300 cargo trains in Germany and an impact felt across the continent.

Chair of the GDL Claus Weselsky said the four-day strike was in response to “bad faith on the part of DB”, which he said had continued to campaign “massively” against the union, rather than “clear the way for negotiations”.

“Our aims are simple, comprehensible and justified: a 3.2% increase in income on the model of the public service and protection of occupational pension,” he added.

“We are also asking for a Coronavirus premium of €600, the improvement of working time, as well as collective agreements for the entire infrastructure, the network, station and service and the workshops.”

DB’ had refused to approve the €600 bonus, a decision that inflamed the union and its announcement to extend the strike to include passenger services led the rail operator to an about-face, in an attempt to ward off the escalation, adding the one-time bonus to the list of topics under consideration.

Rejecting this as a “sham offer”, the GDL action has gone ahead, with European Shippers’ Council secretary-general Godfried Smit saying the effects were again being felt beyond Germany.

“Problems for our members started this weekend and, as rail is transporting goods which cannot be shifted to other modes overnight, this is an additional problem to those already being experienced in the supply chain,” he told The Loadstar. “These include a lack of materials, containers, congestion and high prices.

“We therefore hope the parties will find a solution soon, because if this strike continues for a long time, industries could have to slow production lines.”

Any hopes of a swift fix seem unlikely, however, as even with DB’s addition of the bonus to discussions, the GDL says the rail operator appears intransigent over any wage increase.

The union says the 3.2% increase should take effect immediately but DB wants to pay a 1.5% increase in January with a 1.7% bump in March, citing financial difficulties – in June, its CEO claimed it was “haemorrhaging cash”.

But, the GDL says, with DB having “handsomely paid executives safe at home”, while refusing to pay “those who kept the trains running” ,claims of financial hardship are failing to land a punch.

When asked what shippers could do if the dispute rumbled on, Mr Smit said: “When it comes to finding alternatives to rail, in most cases they do not exist, and in the other cases, only road transport can really offer any alternative, but even there this is not evident.”