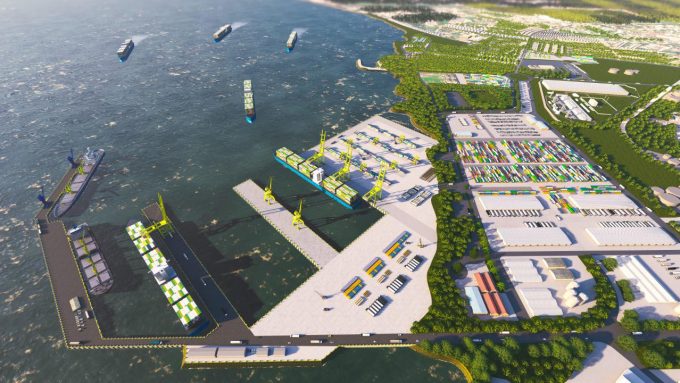 The upgrading, which begins next year, will include building new container terminals.

Vice-minister of oceans and fisheries Eom Ki-doo this week met the president of the Autonomous Executive Port Commission (CEPA) of El Salvador, Federico Anliker, to discuss cooperation over Acajutla’s expansion.

In 2018, at CEPA’s request, the ministry (MOF) carried out a feasibility study and created a basic plan to develop Acajutla, including improvements to facilities and expanding the port’s processing capacity.

Based on this, in 2019, the El Salvador government requested support from the Economic Development Cooperation Fund (EDCF), which South Korea created in 1987 to assist infrastructure development in emerging nations.

The Export-Import Bank of Korea , which administers the EDCF, completed its feasibility study for the loan in July this year. The El Salvador government plans to apply for the EDCF loan at the end of the year.

Upgrading Acajutla is estimated to cost around $260m and is expected to be completed in 2026. Currently, the port processes approximately 156,000 teu annually.

The works will also involve expanding port access roads and gates, building one berth at the container pier or developing a new container terminal.

South Korea has amended its Shipping Act to protect its shipping industry from falling foul ...