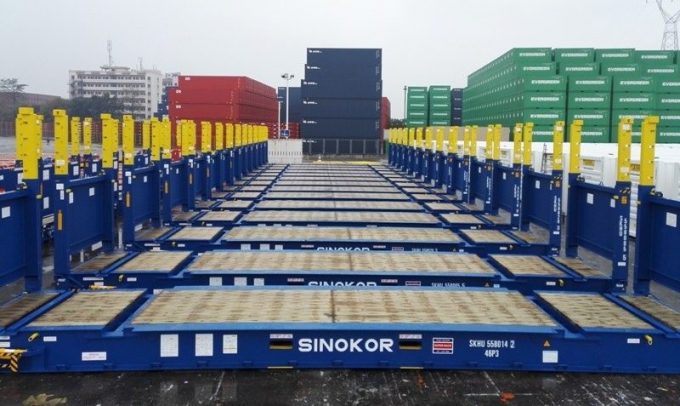 South Korean port authorities are to include flat-rack containers in inspections of containerised dangerous cargo for the first time.

Previously, only conventional dry containers were inspected for signs of leakage and poor packing.

Open-top flat-rack containers are used to transport goods with irregular dimensions, such as machinery and other breakbulk cargo.

Dangerous goods are known to have have caused fires on containerships, one of the worst examples being the X-Press Pearl, off Sri Lanka last May.

Since 2002, the MOF has been inspecting containers loaded with dangerous substances, including flammable liquids such as paint. However, said maritime safety director Myung Noh-heon: “Due to the recent increase in cargo volumes, accidents frequently occur in the process of transporting and loading containers that aren’t carrying dangerous goods, so there’s increased need for safety management.”

Working with Korea Customs, the ministry plans a special inspection period every six months to thoroughly check flat-rack containers brought into the country’s ports. Defective containers will be immediately removed.