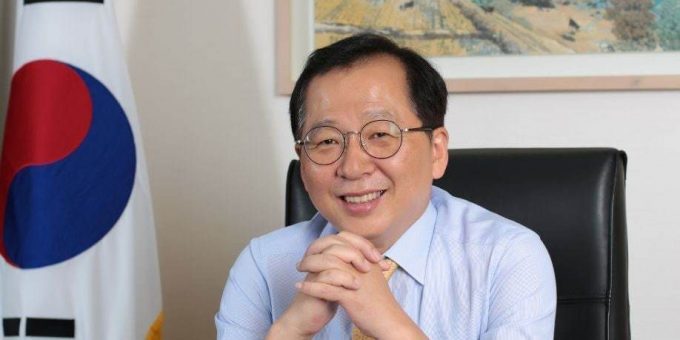 South Korea’s new minister of oceans and fisheries has U-turned on the state releasing its grip on flagship carrier HMM, saying it is not ready to be privatised.

Cho Seung-hwan was appointed on 10 May after South Korea’s new conservative president, Yoon Suk-yeol, was sworn in.

His decision is a reversal of the stance taken by former vice-minister Eom Ki-doo and Korea Development Bank chairman Lee Dong-gull, who had said the government would seek a buyer for the state’s 44% HMM holdings, held through KDB, this year.

Yesterday, Mr Cho said: “More investments in ports should still be made. We aren’t thinking about privatising our stake [in HMM] now, due to variables such as the carrier’s financial structure, Covid-19 and logistics problems in the US and China.

“There’s a need for ocean-going liner operators to secure more containerships to restore their capacity to the level before Hanjin Shipping collapsed [in 2016], and the Covid-19 pandemic isn’t completely resolved and presents uncertainties.”

Mr Cho is best known for managing the fallout resulting from Hanjin’s bankruptcy. HMM had faced a liquidity crunch the same year, but secured a debt-for-equity swap from KDB.

The Korea Shipowners’ Association says it will seek a court order to overturn the penalty, while the Chinese government has written to its South Korean counterpart to object to the penalty and the latest probe.