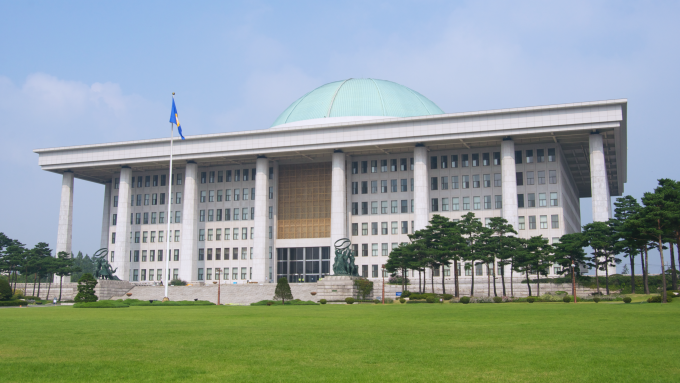 The National Assembly Building of the Republic of Korea Credit: ClumsyForeigner
By Martina Li in Taiwan
07/10/2021

South Korea has amended its Shipping Act to protect its shipping industry from falling foul of anti-trust laws, but the move may have come too late to help 23 liner operators avert massive fines of nearly $672m.

In July 2018, timber importers reported suspicions of freight-fixing to the KFTC, after almost all liner operators simultaneously raised freight charges on the South Korea-South-east Asia route.

Unlike the European Union and countries like Hong Kong, New Zealand and Singapore, South Korea did not have block exemptions that insulated the liner industry from anti-trust regulations.

When the Korea Shipowners’ Association and the Korea Shipping Association claimed that the substantial fine, based on 10% of the liner companies’ revenue from the South Korea-South-east Asia route, could hurt their financial recovery, the lawmakers and Ministry of Oceans and Fisheries (MoF) pushed for Korea’s Shipping Act to be amended.

And on Tuesday, the act was changed to put the MoF in charge of shipping companies’ joint actions.

Minister for Oceans and Fisheries Moon Seong-hyeok said, “It’s true that shippers are having difficulties in import/export logistics, as shipping capacity is in short supply due to Covid-19, but for the 15 years the KFTC has issue with, shippers have always had the upper hand. There has never been a case where shipping companies have taken profit through joint actions.”

And although the amended act has provisions for retroactive enforcement, at a National Assembly (parliament) plenary session, KFTC chairman Joh Sung-wook said: “Unfortunately, the Fair Trade Act cannot be applied to this case that has been investigated.”

With the MoF now at odds with the KFTC, Ms Joh said she would participate if the Office for Government Policy Coordination initiated mediation.