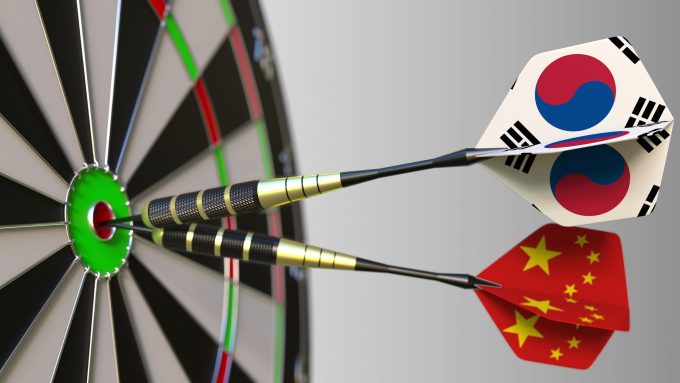 The Chinese government has protested to its South Korean counterpart over the imposition of hefty fines on 23 liner operators allegedly involved in collective freight price-fixing.

The group comprises 12 Korean companies and a few foreign ones, including some Chinese liner operators.

During a National Assembly session on 15 July, Korean lawmaker Lee Man-hee, of the conservative People Power Party, reported that after the Korea Fair Trade Commission (KFTC) imposed the fines in June, the Chinese government sent a letter expressing disagreement.

The Korea Shipowners’ Association and Korea Shipping Association have also expressed opposition to the penalties, imposed for allegedly fixing freight prices on – Korea-South-east Asia routes between 2003 and 2018.

KFTC said the operators would have to pay a penalty amounting to 8.5%-10% of revenue from the  services. The total fine was not disclosed, but the 12 Korean liner operators are thought to face a bill of around $440m.

The issue arose in July 2018, when timber importers reported their suspicions to the KFTC after almost all the liner operators on the route simultaneously raised their freight charges.

Mr Lee said the controversy could worsen diplomatic tensions with China, but stopped short of disclosing to whom the letter was addressed. Concerns over China’s perceived hawkishness and growing military and economic power have made for a tense relationship between the neighbours.

To Prime Minister Kim Boo-kyum, Mr Lee said: “Please understand the inside story in detail and make a judgment that will help our shipping industry. It’s unreasonable to impose a fine of KRW560bn on domestic shipping companies for an alleged offence committed from 2003 to 2018, when KFTC investigated for just two and a half years. It would be good to know exactly what they are doing.”

Mr Kim replied that he would study the issue and do what he could. But pressed by Mr Lee on his action plan, the premier added, “I can’t tell you in advance what the KFTC is doing, but I’ll definitely take care of this matter.”

The Korean shipping trade bodies have asserted that the KFTC was wrong to unilaterally investigate and penalise the liner operators when collective decisions on freight charges are permitted under the country’s Shipping Act.

Minister of Oceans and Fisheries Moon Seong-hyeok said: “We have explained the characteristics of the shipping industry and the problems of the hefty fine to the KFTC several times. We will continue to consult with the commission and do our best to resolve the issue amicably.”

Growing speculation in South Korea over the future ownership of the country’s flagship carrier HMM ...