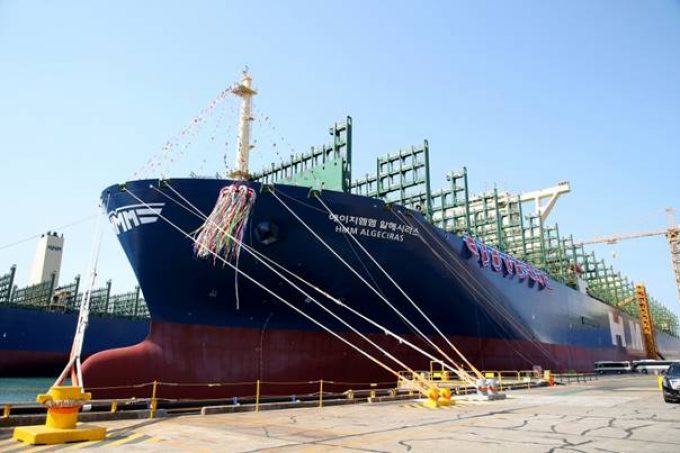 By the end of Q1 22, a roadmap to sell the South Korean government’s stake in flagship liner HMM will be unveiled, vice-minister for oceans and fisheries Eom Ki-doo said on Tuesday.

KDB and KOBC, both state-backed policy lenders, are HMM’s largest shareholders, with a combined stake of nearly 45%.

However, KDB chairman Lee Dong-gull said the policy lender would “eventually divest” its stake in the liner operator.

KDB’s involvement in HMM began in 2016 when the bank swapped debt for equity to help the company escape bankruptcy. KOBC became a shareholder after its own establishment in 2017, as part of a national strategy to revive the maritime sector.

The government has followed a practice of bailing out troubled companies, such as Pan Ocean and STX Offshore & Shipbuilding (now K Shipbuilding), through debt-for-equity swaps, but has always sold its stake after the companies recovered.

Mr Eom said: “The roadmap includes a large-scale HMM sale process and a plan as when to convert or redeem convertible bonds into stocks.”

KDB and KOBC still hold a combined KRW2.68 trillion ($2.25bn) of convertible bonds, which if changed into shares, would elevate their total interest in HMM to 71.68%.

Mr Eom hinted it was unlikely that the policy lenders would convert all of their bonds into shares, and added: “If you own 70% of the stock, it’s difficult to find a buyer, so I think it would be appropriate to hold only 50% + 1 share.”

HMM will come under KOBC’s independent management system next year, although it is not clear what role KDB will play thereafter.

As of 30 September, HMM still has around $348m of long-term debt, and there has been talk that the company should repay its debt to strengthen its balance sheet. Mr Eom said: “In order to normalise HMM, we need to manage the company and build a portfolio that generates appropriate profits.”

The minister said that when HMM ordered its fleet of ultra-large vessels in 2018, it was predicted that the substantial reduction in slot costs would improve the line’s profitability. This has panned out, aided by the Covid-19-related logistical bottlenecks that have driven up freight rates, he added.

Mr Eom said: “Three years ago, it was calculated that HMM would generate at least $170m in operating profit, with the low cost-structure of ultra-large ships. Adding the Covid-19 effect, HMM is making a lot more profit than that.”