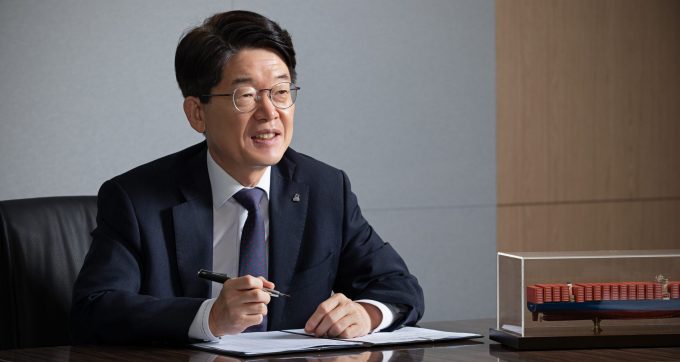 The South Korean government has consolidated its control over HMM after the Korea Ocean Business Corporation (KOBC) increased its stake in the flagship carrier more than five-fold , after exercising its right to change convertible bonds to shares a week ago.

HMM said it would fully redeem 191 privately placed convertible bonds and KOBC exercised its right on the same day. The number of shares subject to conversion claim is 83,647,000, and the conversion price per share is KRW7,173 ($6.13). The new shares will be listed on 16 November.

With the latest move, KOBC’s stake will go up from 3.44% to nearly 20%, becoming HMM’s second largest shareholder after KDB, whose stake will be reduced from 24.96% to 20.69% after the liner operator issues 45.39 million additional shares.

This means the government’s holdings in HMM is just over 40%, although KDB chairman Lee Dong-gull said the policy lender would eventually divest its stake in the liner operator.

KOBC, whose new CEO, Kim Yang-soo, took over in August, said: “Despite the uncertainties of the domestic and international shipping market conditions, we plan to responsibly support HMM until it completes business normalisation.”

HMM has introduced a new loop, linking India to key ports in East Asia and ...