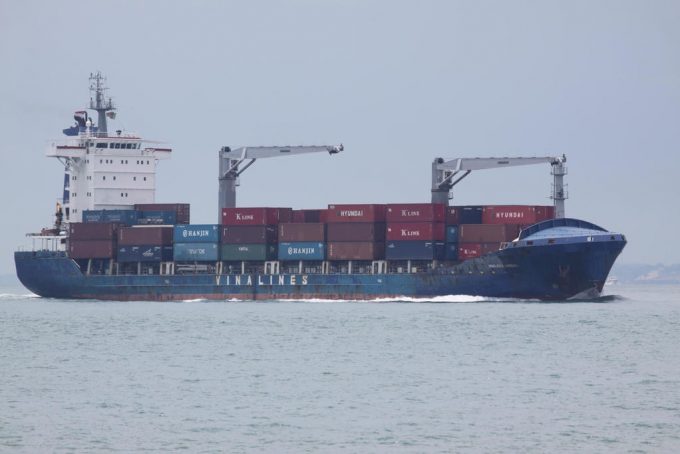 South Korean intra-Asia carrier Sinokor Merchant Marine has diverted a containership to Ulsan to facilitate the delivery of much-needed urea from China.

Diesel-fuelled vehicles in South Korea are required by law to use urea as an additive to cut emissions and, currently, a shortage is so serious that the government is rationing supplies.

The urea shortage was instigated by China’s power restrictions on manufacturing, which restricted its output of fertiliser and, ultimately, led to China restricting urea exports.

The ship was deployed on Sinokor’s Busan-Qingdao-Tianjin service, but due to the crucial shortage, the MOF arranged with the liner operator to use the vessel to collect 300 tonnes of urea from Tianjin. The cargo is part of 18,700 tonnes of urea chemical producer Lotte Chemical Corp had agreed to purchase from its Chinese supplier.

Initially, the cargo was to have been shipped on 18 November, but heavy snow in northern China delayed te shipment. Tight shipping capacity and South Korea’s dire need for urea prompted the MOF to intervene.

After calling at Busan, instead of going to Qingdao, Vinalines Diamond diverted to Ulsan to discharge the urea, even though this meant Sinokor had to reschedule the ship’s movements and inform shippers that arrival in Qingdao would be delayed.

The MOF said that until the shortage eased, it would work with ministries and shipping companies to ensure the timely delivery of urea imports.