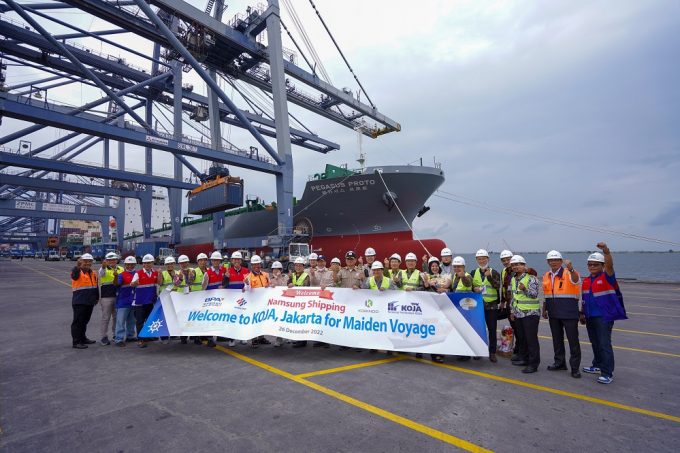 On 26 December, Namsung’s new 1,800 teu Pegasus Proto completed the first round of the service, and Busan Port Authority said it was working with Namsung to launch a service between Busan and Tanjung Perak, in Surabaya, hoping to realise synergies with BPA’s warehouse in Probolinggo Port in East Java.

While the container freight market has been normalising after two years of unprecedented highs, South Korea-Indonesia freight rates have been steady, at around $1,600 per teu, after doubling over the past two years.

This prompted Sinokor and Namsung to order six 2,500-teu ships at Hyundai Mipo Dockyard last year, intending to deploy them on Indonesian services after delivery this year and next.

Meanwhile, besides the manufacturing shifts, the e-commerce market in South-east Asia has been booming. Annually, Namsung is said to ship 500,000 teu to Busan, making it the third-largest contributor to the port among container lines.

Namsung CEO Kim Yong-kyu said having commenced operations in 1975, initially focusing on services within East Asia, the company had diversified its services beyond Vietnam and Thailand and was now exploring the possibility of providing land transport as it moves towards becoming a “comprehensive logistics provider”.