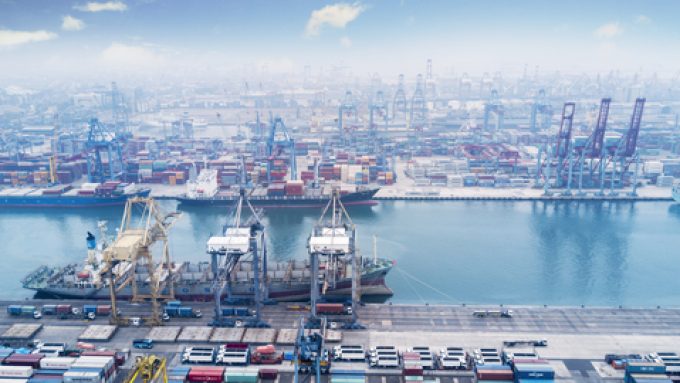 Container terminals in South-east Asia may need to invest  up to $13bn to keep pace with expected coronavirus-driven supply chain diversification from China.

According to Eleanor Hadland, senior analyst, ports and terminals at Drewry, in addition to the country’s rising costs and the trade war with the US, the pandemic is going to be yet another “push factor” reducing China-centric procurement models.

“Major Chinese and international manufacturers have been increasingly seeking alternative locations in South-east Asia which offer potential labour cost-savings in the range of 20-80%,” she said during a webinar on Tuesday.

However, Ms Hadland also cautioned that the opportunity for diversification into the region was limited by the available workforce.

She said: “China’s workforce is almost two-and-a-half times larger than that of all the major South-east Asian economies combined, which isn’t going to change.”

And in terms of port capacity, Drewry estimates China has some 267m teu available, compared with just 159m teu in the SE Asia region.

The gap is much smaller, however, when comparing teu capacity pro rata to workforce: Vietnam, Thailand and the Philippines are all close to China’s 334 teu per 1,000 workers. Singapore and Malaysia, meanwhile, have significantly more container port capacity by the same measurement.

The region’s ports are also less well-connected to the deepsea trades than their Chinese counterparts, she noted. This is due to their geography, the spread of volumes across a wide range or terminals and a lack of capacity to handle mainline vessels.

For example, she said, in China there are 40 terminals at 18 ports that can handle 14,000 teu ships, whereas in South-east Asia there are just 13 at six ports.

“Drewry estimates that, to reach to a comparable level, there will be 24m teu of existing port capacity requiring upgrades across the region, and some of this is already in progress,” Ms Hadland said.

Indeed, the “ones to watch”, in terms of new deepwater capacity demand, are Vietnam and the western areas of Indonesia, she added.

“There will be mismatch if large-scale production moves to Vietnam or to western areas of Indonesia, which aren’t very far from the main east-west tradelanes, and then still having very high volumes transhipped in Singapore or Malaysia, which would start to become inefficient.”

Large amounts of  foreign direct investment (FDI) started moving into Vietnam and Indonesia even before the coronavirus pandemic, Ms Hadland pointed out, noting that a high proportion of this was actually coming from China.

“We are seeing Chinese influence across the region growing,” she said. “It’s not just the multinationals leading this charge, it’s very much a Chinese-led project to outsource their own production.

“For example, if you look at the Pearl River Delta, this area is moving into more of a service sector and hi-tech economy, as it’s no longer competitive to do low-cost manufacturing there, These Chinese companies are under exactly the same pressures to cut costs.”