News / Ratifying UK-EU deal will be 'just the start of Brexit, not the end', says UKWA 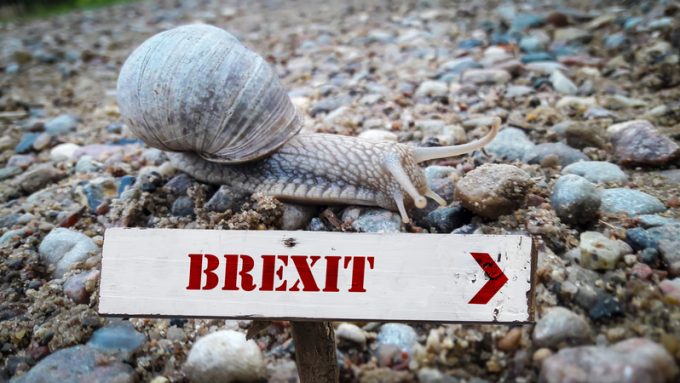 The turgid state of UK politics is characterised by what appears to be ceaseless lying by all political parties, claims the UK Warehousing Assocation.

One popular phrase, much-repeated by the prime minister, is “get Brexit done”, but Peter Ward, UKWA chief executive, said his plan, via an EU withdrawal agreement, was “deeply misleading” and “couldn’t be further from the truth”.

Mr Ward said: “What it really means is ratifying an agreement which will signify the beginning of intensive and extensive negotiations to implement wide-ranging changes that could well take years. In short, this is the start, and not the end, of Brexit.”

While acknowledging it was “an important part” of the process, he added that any withdrawal agreement “tells little about the future relationship between UK and the European Union. Not until we know the nature and timing of that future relationship – and the processes for managing it – will the business world have the much-needed forward certainty it craves”.

Prime minister Boris Johnson, who faces an election on December 12, has said that under no circumstances would a transition period extend beyond December 2020, which most experts say is too short a  time to ensure agreement and likely to culminate in the UK crashing out of the EU on WTO terms – or with “no deal”.

“The UKWA has consistently warned, whatever the outcome of the UK’s withdrawal from the EU, of likely interruption to supply chains,” he said. “We have estimated that withdrawal from the EU, and particularly the Customs Union, will likely result in 200 million additional customs declarations to be processed, with inspections at the border of plant, animal and forest products.

“The impact of such interruptions in today’s seamless supply chains will be huge.

“We are committed to continuing to support government in shaping policy for the future, but let us not underestimate the scale of the task ahead. Transitioning to the ‘brave new world’ promised by some politicians will be infinitely complex for our industry, as will the process of ‘getting Brexit done’ over the years to come.”

Recent research by CitySprint shows that SMEs claim the Brexit uncertainty has cost their businesses more than £1m in lost revenues. Some 45% said the government had not done enough to help business prepare adequately.

Nonetheless, 49% are looking to expand in the UK, while 69% said they planned to expand in Europe – an increase of 28% since last year.