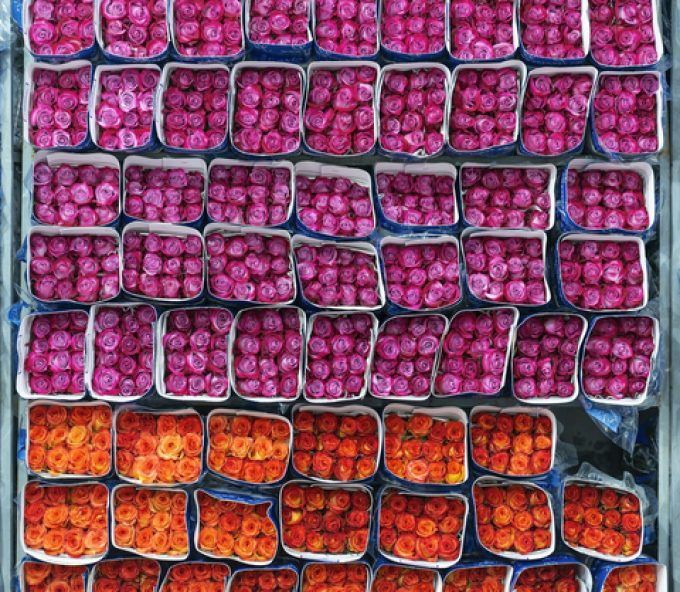 For Latin American flower exporters and airlines, the coming Valentine’s Day peak may not be as rosy as usual.

“Yields have fallen off a cliff. Valentines Day air rates would normally be about $3.50/kg (double that during Covid), but now airlines like Lan Chile are offering $1.85 or $2,” reported one airline GSSA. “Airlines have put in so much capacity, it’s a bloodbath in Latin America.

“And then there’s Amazon hawking its freighters there; and Global X Airlines is trying to sell space on its A321s there, but the numbers don’t make any sense,” he added.

As the last region of the world to emerge from the pandemic, Latin America saw a strong aviation resurgence in aviation in the second half of last year. IATA statistics show the region outperforming other parts of the world in terms of traffic and capacity growth, month after month.

In November, airfreight capacity was up 19.9% year on year – but traffic advanced at a more modest pace, 2.8%, resulting in a 6.4% decline in load factors.

Meanwhile, the costs of shipping goods overseas have climbed for exporters in Latin America, owing to the strength of the US dollar, which appreciated more than 12% last year against a basket of major currencies.

And, according to JP Morgan, the dollar will remain at lofty heights this year.

At the other end of the journey, consumer buying power has been undermined by inflation, reducing disposable income for purchases like flowers.

According to the GSSA: “There is low consumer demand for flowers, they are all being bought by supermarkets rather than florists, going to the mass market. There are not going to be enough flowers, and airfreight prices will be really pushed down.”

Enrica Calonghi, director South America of Air France KLM Cargo, agreed the shift to supermarkets was “a very strong phenomenon in North America, the US specifically”, adding that, “in Europe, people are still buying flowers at florists”.

The hit on yields appears to have played out chiefly in the Latin America-to-US market, driven by a surge in capacity. However, Matthieu Casey, MD commercial of Air Canada Cargo, reported: “This has actually not been felt by us, as this is not our market. Yields have been stable for LatAm to Europe and APAC, markets that hold more relevance for us.”

And Ms Calonghi still sees potential for good flows of flower shipments from Latin America to Europe. She said: “Production in Latin America is strong, and can support the lower flower production in Europe, estimated to be reduced more than 50% due to higher energy costs.

“In the next week we will have some clarity on the buying demand in Europe, and the way flower sales for Valentine’s Day evolve might determine sales in the year ahead.”

One Latin American crop that does appear to be blooming is cannabis exports from Colombia, following legislation last year that opened the door to licensed cultivators with export quotas to export dry cannabis flowers.

Flora Growth, an all-outdoor cultivator, manufacturer and distributor of global cannabis products and brands, recently reported that it exported nearly 1,000kg of dried cannabis and derivatives to Europe and the US in the fourth quarter of last year.

The company also updated its export quota of 43,000kg to include multiple strains and derivatives for the domestic medical market in Colombia. However, compared with the torrent of flowers that usually leaves Bogota and Medellin during February, this is but a drop in the ocean.