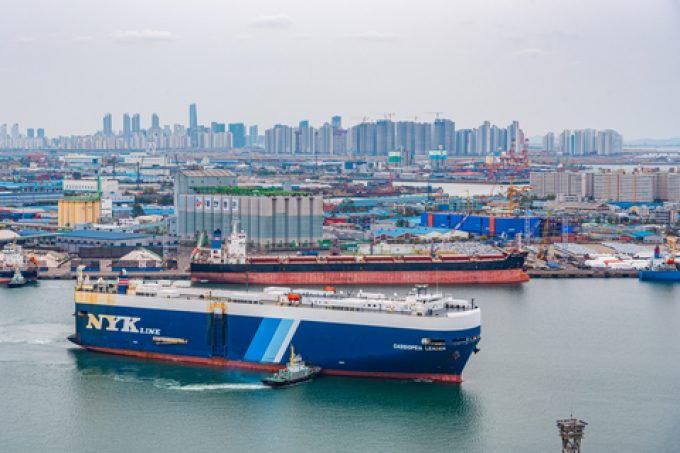 This has dealt another blow to Incheon port after Pacific International Lines pulled its SWS service, which linked Incheon to West Africa, at the end of June. This was attributed to a decline in shipments of used cars from South Korea.

In the first four months of the year, Incheon, South Korea’s third-busiest container port after Busan and Gwangyang, saw volumes decline by 3.5% to 18.7% year on year, as the Shanghai lockdown took is toll.

Incheon Port Authority (ICPA) said it tried to make up for the loss of Chinese cargo by working with liner operators to start services to Vietnam and Thailand, which are growing as manufacturing centres.

The Kamchatka peninsula’s key export is salmon and MSC’s KAMC service began in December, with four ships of 1,000-2,000 teu, to strengthen the Swiss-Italian operator’s Russia Far East connections. However, sanctions against Russia have made it difficult to secure cargo there, even as Sinokor Merchant Marine, SITC Container Lines and Cosco Shipping Lines continue to call at Russia. The KAMC’s service reliability was also affected as port operations in Russia have been disrupted by the war.

Since 2003, PIL had been operating six 3,900 teu vessels on the SWS service, which connected Incheon to Togo, Ghana and Nigeria, and used cars were the key cargo. However, rising container freight rates have discouraged South Korean used car dealers from exports. This decline in cargo volumes and healthy freight rates in other routes made PIL drop the SWS service to redeploy its vessels to other lanes.

ICPA is understood to be concerned that the withdrawal of the KAMC and SWS services will thwart its efforts to diversify its routes. There are 68 regular container routes linked to Incheon, but these are dominated by connections to China and South-east Asian countries, and Incheon wants to diversify its sea links.

An ICPA official from the Incheon port industry said: “As the KAMC/SWS service is suspended, there is no regular container route connecting Incheon with Russia and Africa.We will try to resume operations on these routes while communicating with shipping companies, shippers, and forwarders.”