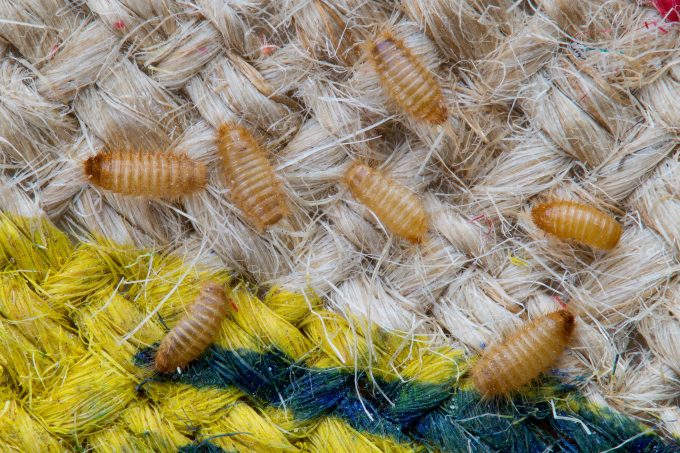 Australian authorities, after launching a six-phase programme to deal with the Khapra beetle which poses a threat to the country’s grain exports, are set to introduce new regulations to the movement of goods in containers to deal with the pest.

Australia’s Department for Agriculture, Water and Environment (DAWE) says its new restrictions should be a warning of the next major upheaval in container shipping, as governments act to restrict the movement of invasive species on and in containers.

Phases one and two of the DAWE programme began last autumn with a ban on high-risk products within low-value cargo and travellers’ baggage. Phases three to five will see revisions in phytosanitary certification requirements next month.

In April, phase 6a introduced new measures for high-risk cargo in sea containers, and required pre-loading decontamination for high-risk boxes. And further measures will be imposed later this year, as phase 6b will include a “broader range of containers”, said DAWE.

James Hookham, of the Global Shippers’ Forum (GSF), told The Loadstar: “These measures are being applied to a relatively small number of boxes, but they are a taste of the standards to come and, if they’re applied globally, they could be very disruptive to supply chains.”

However, he added, the insect pests were “a real problem, it’s not illusory”.

Mounting costs to regional economies and their agricultural industries have seen governments, through the International Plant Protection Convention (IPPC), consider how best to deal with the potential threat of the carriage of unwanted pests via the supply chain. One option is to issue mandatory certificates of cleanliness for all containers prior to the cargo being loaded onto a ship.

According to Mr Hookham, the industry will need to “get on top of this problem”, as the costs could be enormous to the industry, particularly if each container has to be cleaned and issued with a certificate of cleanliness. And the slowing of cargo velocity through ports could also prove very costly, he added.

The World Shipping Council (WSC) estimates that 220m container loads are shipped globally each year, and the cost of cleaning the boxes could be $20bn, said the liner shipping representatives.

“We are opposed to a new global requirement that all freight containers and their cargo must be certified clean as a condition for ship loading, because there is no risk-based evidence to support such a monumental change. The compliance and enforcement costs of such measures would be disproportionate to the benefits,” said a joint press statement from the Cargo Integrity Group, a joint industry association that includes WSC, insurers the TT Club, the GSF, the Container Owners Association and the International Cargo Handling Coordination Association.