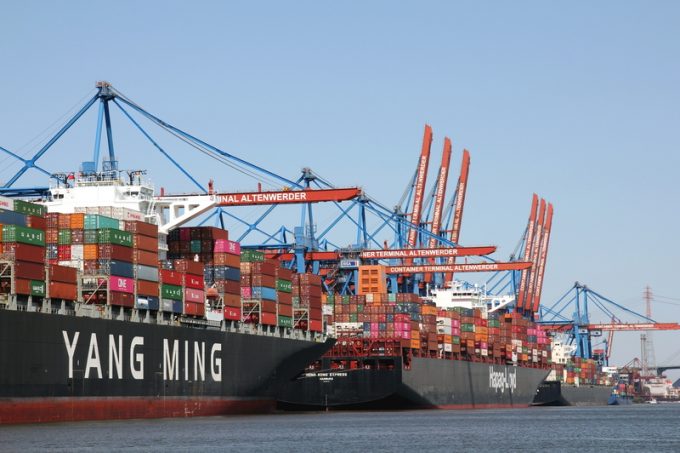 Today’s Shanghai Containerised Freight Index demonstrates that carriers continue to hold the upper hand as the annual round of contract negotiations on the Asia-Europe trades looms.

The difference with 12 months ago is marked: today’s North Europe spot rate is 85% up on last year, while prices for Mediterranean ports are up 77%.

The continuing strength of spot freight rates is almost certainly related to both equipment shortages in China and tight vessel capacity.

“In the Europe and Mediterranean routes, there is a serious shortage of containers in the market, the actual available capacity is reduced and the space is tight,” analysts at the Ningbo Shipping Exchange explained.

And although shippers and their forwarders have reported strong demand in what has become an extended peak season, the numbers themselves are more oblique. Drewry published its Container Port Indices today for August throughput, which show volumes at the world’s box ports had almost recovered to pre-Covid levels, but remained 1.1% below August 2019.

In addition, it noted that volumes at European container ports in August were down 1% on July and 9% down on August 2019.

“With a second wave of Covid-19 taking hold across the region, the prospects for recovery seem bleak,” it said.

However, carriers have continued to keep a lid on excess capacity – according to the eeSea liner database, some 13 of 97 scheduled Asia-North Europe sailings this month are set to be blanked, meaning actual slot capacity will be 87% of the original pro forma slot capacity.

Next month, four of 81 sailings so far are announced as blanks, with slot capacity currently expected to be 94% of the original pro forma slot capacity.

Hapag-Lloyd today announced FAK rates for Asia-North Europe of $1,100 per teu and $1,210 per teu for west Mediterranean ports.

Last week, CMA CGM announced a $150 per teu peak season surcharge (PSS) from 1 November on all shipments from Asia to North Europe, and this week announced a PSS on the backhaul leg from North Europe to Asia of $100 per container from 15 November.