News / New shipping capacity may be set to sail into NZ, but it won't dampen rates 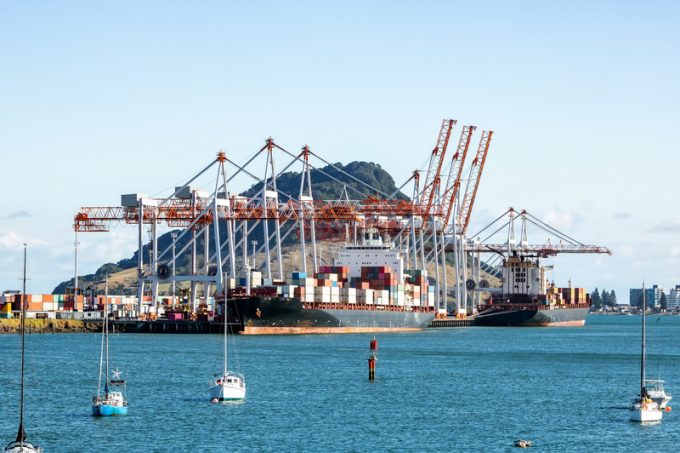 New Zealand could soon get a much-needed capacity boost, with two new shipping lines rumoured to be entering the market, but rates are unlikely to fall from record levels anytime soon, forwarders say.

He added: “The second carrier we cannot name as yet, but it is a significant player in the Asia market.

“One of the things that would change the situation in New Zealand would be additional capacity from a ‘disrupter’ – hence, we are excited at the possibility for our clients.

“However, we have concerns that port politics may play a part in stymieing new entrants to the market, as both major North Island ports still have issues with congestion and berthing windows.”

Indeed, troubled Ports of Auckland (POAL) has struggled to stave-off congestion since the pandemic began and shipping line schedule reliability took a nosedive. A delayed automation project is largely to blame, but the port has also been mired in a controversy over health and safety, prompting its CEO step down in May.

“If you talk to POAL, they’ll tell you there isn’t currently any congestion, but the lines are still charging a congestion surcharge,” Mr Edwards told The Loadstar.

“I suspect that has more to do with vessels choosing Tauranga instead. The reality is that, until the port can reinstate fixed berthing windows on all services, many lines will bypass the port. And that can’t happen until the automation is finished – which, as it stands, isn’t until June 2022.”

As a result, he said, schedules were still “very bunched up”, with the delays at US ports putting schedule reliability “probably in the low single-digits.”

Meanwhile, with CMA CGM and subsidiary ANL being major players on the Australia and New Zealand tradelanes, news that the carrier has frozen spot rates has sparked debate over whether shipping costs may have finally reached a plateau.

Mr Edwards noted: “Some have welcomed the move, although pointing out that freight rates have never been so high, and the announcement does not mean a freight rate reduction. Others have pointed out that surcharges achieve rate rises anyway.”

Interestingly, he added, ANL had announced an ex-China peak season surcharge for Australia and New Zealand on 3 September, but the carrier scrapped this on Monday, without saying why.

He explained: “When we saw Zim enter the market, we didn’t see a significant difference in the freight rate – rather it joined the others around the ‘feast’. Still, we were grateful for the additional capacity.

“In a traditional shipping market, more capacity meant lower freight rates, that could happen here but I doubt we’ll see 2019 freight rates for a long time.

“My personal view is there has to be a balance between return on capital for shipping line shareholders and fair freight rates that allow business to survive.”

The chairman of Taiwanese intra-Asia carrier TS Lines, Chen Te-sheng, has confirmed that the carrier ...

A Hamburg Süd ship that suffered a Covid-19 outbreak onboard left the New Zealand port ...