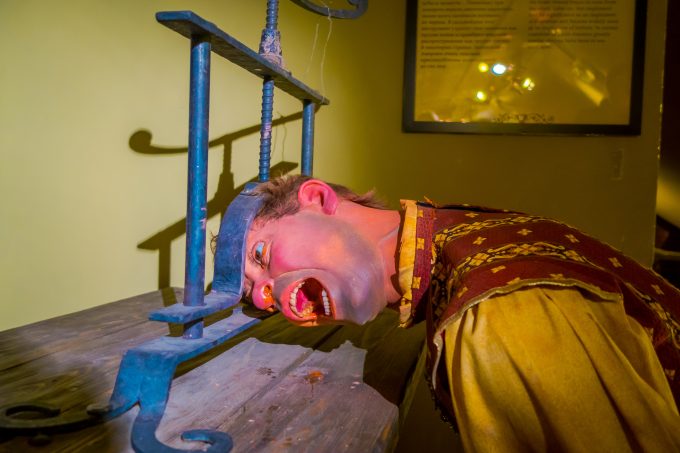 Freight forwarders and shippers have responded to CMA CGM’s pledge to stop spot rate increases until 1 February with a raised level of cynicism.

The carrier announced yesterday it would suspend spot rate increases for all its services and those of subsidiaries, including CNC, Containerships, Mercosul, ANL and APL.

“Although these market-driven rate increases are expected to continue in the coming months, the group has decided to put any further increases in spot freight rates on hold for all services operated under its brands,” it said  – though it is thought surcharges are not included.

Hapag-Lloyd has also said it had capped its spot rates, as carriers come under increasing pressure from shippers and regulators in a challenging market that has seen lines make record profits.

It was the high level of profits that was the focus of an exclusive interview with The Loadstar this week. John Butler, president and CEO of carrier representative the World Shipping Council (WSC), was asked why lines did not simply decide to charge less, say just four times 2019 levels for rates, which would allow the carriers to make a profit while helping their customers to stay solvent.

Mr Butler pointed out that the WSC did not decide on its members’ pricing policy. However, he added: “Shipping lines are not the only pricers in the market. There are far more freight forwarders in the market that set prices than there are shipping companies, and so the idea that, somehow, the shipping companies could get together and all decide to charge less money is incorrect.”

He added: “You have to ask yourself this; so what if 11 shipping lines decide to reduce prices and not collect revenues that the market indicates are due for that service? At this time, they put themselves in a situation where they then don’t have the same resources as their competitors to invest for the future.”

On allegations that shipping lines are profiteering, Mr Butler responded: “It’s easy to say people should behave other than the way the market would dictate, but that’s not how business works.”

Shippers and forwarders were not convinced by Mr Butler, one considered his assessment of the maritime market “underwhelming”.

Meanwhile, in his initial response to the CMA CGM announcement, James Hookham, a director at the Global Shippers’ Forum, quipped to The Loadstar: “It’s like the torturer asking the prisoner ‘aren’t you grateful I’m not turning the screw on the rack any further?’.”

According to Mr Hookham many smaller shippers could be bankrupt before Christmas. He warned they had been caught out because they would have signed contracts with their customers in spring at reasonably low rates.

“Now they will have to pay the extra freight and, if they don’t meet the deadlines, then penalty clauses will kick in.”

Meanwhile. the policy manager for maritime transport at the European Shippers’ Council Jordi Espin believes it is a ploy by the carrier to shift shippers into lengthy contracts at very high rate levels.

“Should we be happy that rates are at this extremely high level?” asked Mr Espin, adding that it could be an indication that the global economy is slowing, which would be a major problem for shippers if they were to agree to lengthy contracts at higher rates.

“How will they treat contract rates in the future?” Mr Espin enquired. “When we discuss contracts with the carriers, they want to talk about ammonia and higher costs… where are they when you want to discuss the impact on the market from the Suez blockage or the Covid outbreak at Ningbo? They hide behind their website, there’s no customer relations people to speak with.”

Freight forwarders also reacted with little enthusiasm. One told The Loadstar: “I totally believe this is a simple marketing ploy. Many within the industry or directly involved with importing and exporting will be aware that they have, along with all the others, increased rates to totally unjustifiable levels, milked dry the smaller importer exporter and forwarder, announced massive profits of an astonishing 2,500% to $3.5bn for the second quarter and now they try and play the good guys by saying ‘we will stop now’. They laughably blame increases simply on port congestion and imbalance of demand.”

Another forwarder was a little more circumspect: “Well, that is certainly interesting. Hopefully others will follow suit and will give some stability. I suspect they are seeing demand drop a little, as I know some major retailers have cancelled up to 30% of their orders, so this will start to filter down the chain. I wouldn’t call it an olive branch, more saving face and trying to look like good guys at the moment.”

A third forwarder pointed out: “They mention stopping rate increases, but will use PSS and congestion surcharges as a way to increase rates,” and a fourth was more industrial: “The surcharge and PSS are just taking the piss, if you ask me. Why charge a $1,000 or $2,000 ‘high demand’ [surcharge] when you are already charging $15/$16k a box?”

Even with the current levels of frustration shippers were also able to understand that the solution to the supply chain crisis was through collaboration, just as the cause was not down to the shipping lines alone.

Mr Hookham said this was “a peak season like no other”, believing that things would “get worse before they get better”.

Mr Espin conceded that some shippers had failed to meet contractual obligations as well as shipping lines when the markets fell, but added: “Shipping lines should not try to make a profit on inefficiencies.”

The Loadstar contacted both CMA CGM and Hapag-Lloyd for comment, but had received no response at the time of publication.

For more on the “catastrophe”, and potential “annihilation” of smaller shippers in the current market, listen to this The Loadstar Podcast clip, featuring the GSF’s James Hookham.