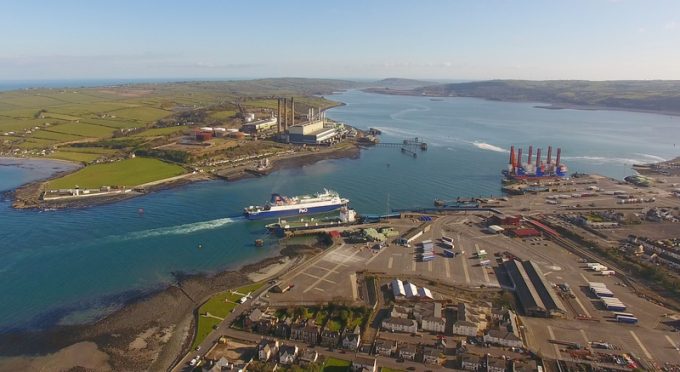 Northern Ireland continues to bear the brunt of changes brought about by Brexit as concerns over truck shortages grow.

Policy manager for Northern Ireland at Logistics UK Seamus Leheny told the Northern Ireland Affairs Select Committee there was a lack of procedural understanding on the GB side of the Irish Sea.

“Haulage logistics between Great Britain and Northern Ireland works in a cyclical manner,” Mr Leheny told the committee of MPs.

“And yet, we have heard from one operator that, of 285 lorries sent to GB, only 100 have come back. So what you’re witnessing is a surplus on one side and an increasing absence of capacity for Northern Irish exports.

“This is because businesses in Great Britain have not been properly prepared for the changes and the cost of exporting to NI means trucks are not coming back.”

One source said this morning the real problem was that the systems used by customs authorities were not “up to speed”.

“Talking to most folks, once we get the first few weeks over us things should run a lot easier,” the source told The Loadstar. “What is not helpful is the lies coming though on social media and in mainstream media that would make you think Northern Ireland was facing major food shortages, which is simply not true.

“The logistics people on this island are getting on with the hand that has been dealt to them by the useless civil servants in the EU and UK.”

Mr Leheny said most companies in Northern Ireland appear know what they are doing, and those that don’t have “got creative” and “sorted it themselves”.

“For instance, I was told of an incident in which nine trailers arrived without pre-notifications,” he said. “Luckily, staff in Belfast had taught themselves what to do using a combination of videos on YouTube and the support of officials from the Department of Agriculture, Environment and Rural Affairs.

“We still need guidance, but operators are finding workarounds to keep flows moving – but only because they’re being creative and sorted it themselves.”

Sources have told The Loadstar they were becoming increasingly anxious over how Brexit will play out, bracing themselves for a problematic first half of 2021, although many believe the situation will resolve itself before year-end.

However, the Northern Ireland Retail Consortium’s Aodhan Connolly was reluctant to blame current problems on supply chain operators in GB. He told the MPs that while the difficulties at the NI border stemmed from errors made by operators in GB, it was largely the result of an absence of communication.

“But the big issue, I’m hearing, is that what we are seeing is only the opening skirmishes in the post-Brexit era,” he said. “Transport flows between GB and NI over the opening weekend were less than 20% of normal, so while it’s great there’s been a deal, we need the EU and UK to sit down and simplify the processes.”

Uncertainty surrounding new procedures and the costs involved is also cutting supply into the EU, with news that some Scottish fisheries have suspended exports to France.

There were reports this morning that “post-Brexit bureaucracy shattered the system” that allows fresh langoustines and scallops into French stores just over 24 hours after they had been harvested. Processing times to secure health certificates have reportedly resulted in deliveries now taking three days or more.

The decision from Scottish fisheries follows reports that Scottish distilleries had pre-emptively decided to suspend EU deliveries in the immediate aftermath of the transition so they could adapt their supply chains.