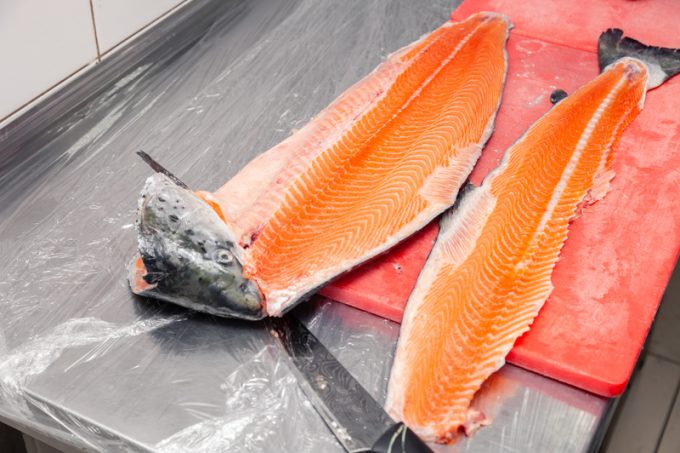 Norwegian salmon is off the menu in China.

The Chinese government has imposed a temporary ban on salmon imports from Europe after the recent Covid-19 outbreak in Beijing was traced back to a wet market in the capital, where genetic traces of the virus was found on chopping boards used to cut salmon, suggesting it could have come from Europe.

Although experts and industry bodies stress that the fish is unlikely to carry the disease, restaurants in China have reportedly taken salmon off their menus and supermarkets have removed the fish from their shelves. Imports of other seafood have also been affected.

Norwegian salmon exporters have confirmed that their shipments to China have been suspended.

Last year, Norway’s salmon exports were up 6% in volume and 7% in terms of value, with 1.1 million tonnes of farmed fish exported, of which 23,500 tonnes went to China. This year so far, 9,600 tonnes have been shipped to China, a year-on-year decline of 5%.

Norway’s total salmon exports in May were also down 5%, while seafood exports overall sank 9%, which has been attributed to various factors, above all restaurants being closed in many countries due to lockdown, and also to high airfreight rates.

The repercussions in China are going well beyond European salmon. According to one report, Chinese consumers are also less inclined to buy other types of fish and seafood. And as security hurdles have been elevated for salmon and seafood from origins outside Europe, this and the reaction of the market has hit traffic from Canada.

“It has put a big dent in our exports of farm salmon and all other seafood exports to China, even live crab and lobster,” reported Brendan Harnett, CEO and chairman of Flying Fresh Air Cargo. “And the inspection process is causing delays,” he added.

“Chinese authorities in Beijing and possibly other cities have implemented random testing of fish and seafood to check for the presence of the virus. For live lobster, the tests take 36 hours and any mortality is the responsibility of the importer and/or their supplier from Canada,” said the Lobster Council of Canada.

“This has led, in the last five days, to a disruption of orders for live and processed lobster from Canada and some financial losses due to excessive mortality. We hope this is a short-term issue that can be resolved quickly.”

Agriculture & Agri-Food Canada informed Canadian exporters on Tuesday that it had not received official notification from Beijing of additional import restrictions or testing, but it had been informed by various sources in China that border officials may be testing certain incoming products for Covid-19.

“There are indications that meat, poultry, aquatic products and fruit and vegetables may be subject to testing, which might have already begun in some ports, and the process, type of products and timeframes may vary from port to port,” the agency advised.

Industry associations and government agencies from major exporting countries (notably Norway, Chile, Canada and the US) have issued statements pointing out that there is no scientific evidence that fish and seafood could be a likely source, or route of transmission, of the virus.

Some Canadian producers are turning to alternative markets, Mr Harnett reported. “We are hoping this is short-term,” he added.