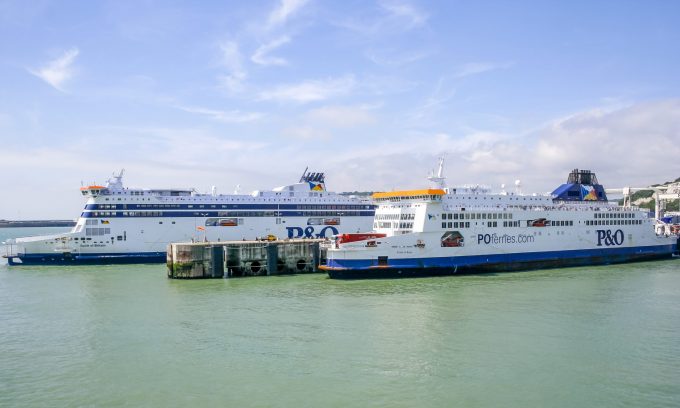 European governments are negotiating bilateral agreements aimed at formalising pay and working conditions on board ferries between Europe and the UK, which will likely push up the cost of freight on a number of key routes.

With the chaotic events at P&O Ferries, UK trade unions have been in discussions with the Department for Transport which it is expected will see collective bargaining agreements (CBA) in place on key routes out of the UK.

These will benefit operators such as DFDS and Stena, which already have CBAs and minimum wage levels in place, and will prevent companies, such as P&O Ferries and Irish Ferries, which employ agency staff, from offering lower crew pay.

According to maritime union Nautilus International, the UK government is in bilateral discussions with partners in Ireland, Spain, the Netherlands, France, Portugal and Belgium to agree new minimum wage levels.

Unions are pushing for a deal that will see the highest minimum wage between the two countries on a particular ferry route apply to crews. So, if the UK offers a higher minimum wage than Ireland on a Liverpool to Dublin service, it would be the UK wage that is applied.

According to Nautilus, existing CBAs with P&O Ferries included crew rotations of one week on, one week off for full-time crew, “and we would seek to replicate that”.

He said many of these workers were foreign nationals who would need visas to leave the vessel in the UK, but even if they had down time, there would be little scope for rest.

Crew fatigue is not a new concept. Some 10 years ago, a team from Cardiff University reported on the subject following a study of Dover ferry services, reported by the BBC at that time.

Crewing company International Ferry Management, a Malta-based crewing agency, has sent some 70 crew to Spirit of Britain, comprising 13 nationalities from Europe and regions as disparate as Mauritius, Russia, Ukraine and Honduras.

As Mr Wilson pointed out, English is the language of the maritime industry, but these crew would need to learn to operate a complex vessel safely within a few weeks, including the tricky business of safely loading vessels, and then after four months the crew would be replaced.

One union official told The Loadstar there had been a number of fatalities during truck loading operations over the past few years, including accidents on Irish Ferries, P&O Ferries and P&O-chartered ships. With this industry track record, UK unions are asking for Maritime Coastguard Agency safety inspections to be carried out on P&O Ferries vessels every time a new crew boards.

RMT national secretary Darren Procter told The Loadstar: “People are at the heart of the [UK] government’s Maritime 2050 strategy, but P&O ripped its heart out.”

At the centre of negotiations between the unions and government besides pay is the safety implications of using inexperienced crew on what are highly complex vessels to operate.

Mr Procter said that, while the UK government was in talks with the unions, government officials “have not validated what they’ve said with actions”. P&O essentially “stuck two fingers up at the government’s maritime strategy”, he added.