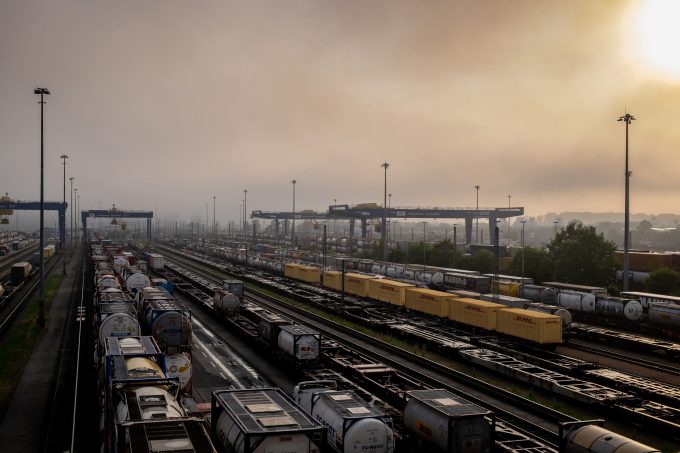 According to figures from China State Railway Group, eastbound volumes reached 43,000 teu for the month, with the number of trains departing up 39% to 477.

Late last month, the operator added another service, from Ludwigshafen to Xi’an, via Poland, Belarus, Russia, and Kazakhstan.

The latest new service is an express from Neuss to Xi’an, via Kaliningrad, which DHL said would reduce the transit time to 12 days.

Thomas Kowitzki, DHL’s head of Chinarail and multimodal, said: “The block-trains are loaded with goods from all over Europe and transported over 9,400km to the central hub for train services in Xi’an, where DHL distributes the cargo within China and to neighbouring countries like South Korea, Japan, and Vietnam.”

Last month, DHL told The Loadstar that eastbound volumes were increasing, due in part to Asia’s relatively quick recovery from the coronavirus pandemic.

“Factories are back in operation and are often under pressure to receive materials or components from European providers,” explained Zafer Engin, head of value-added services at DHL Global Forwarding China.

“China has a big consumer market, with a demand for high-quality products from overseas. For example, we are receiving inquiries to move mineral water from Italy.”

Meanwhile, Los Angeles-based automotive logistics specialist CFR Rinkens has been using Europe-China block-trains for finished vehicles, operating a bi-directional service between Bremerhaven and Chongqing, with a transit time of 18 days.

The rail freight cost is “about double” traditional ro-ro routes, according to CFR, but the ocean shipments typically take 50 days once additional inland transport is factored in.

CFR is stuffing containers in Bremerhaven for several German OEMs for rail transport to China, and the company said Volvo, BMW, Daimler, Volkswagen and Audi were already taking advantage of eastbound rail services.

“Bremerhaven and Chongqing are positioning themselves as primary hubs for containerised vehicle shipments on the Silk Road, which is why CFR set up operations in both cities,” said sales director Alan So.

On westbound services, CFR imports Chinese cars to Germany on behalf of Indimo Automotive, the official importer of DFSK and other Chinese brands.

“The transit time savings have a positive impact on cashflow and allow us to market the vehicles much faster,” said Indimo CEO Uwe Jablonski, “and we expect westbound rail cost to come down as more goods move both ways on the Silk Road.”