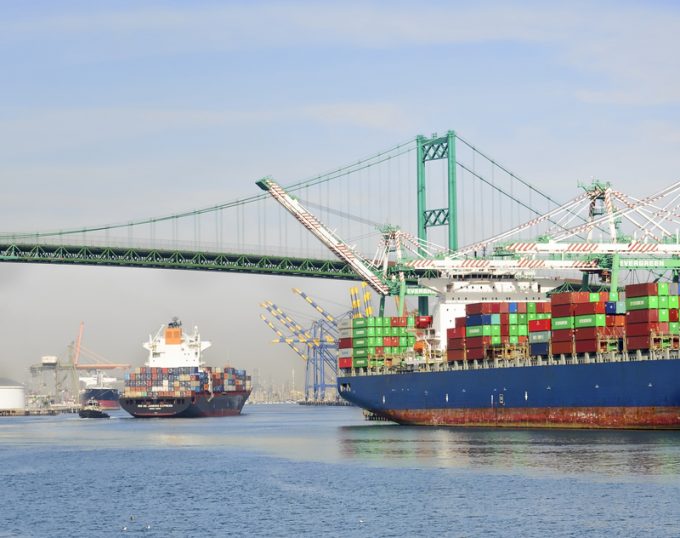 The response by shipping lines to booming demand and the congestion crisis has triggered a “vicious cycle” of yard logjams at ports around the world.

According to Drewry, while agile shipping lines have been able to swiftly add capacity on the fastest-growing tradelanes, the container terminals and landside operators have struggled to keep up.

Eleanor Hadland, senior analyst for ports and terminals, explained: “The assets of the landside elements of the supply chain are geographically fixed, and it takes a long time to procure equipment or to recruit and train additional labour.

“Landside operators were also seeing above-average levels of absenteeism, due to Covid-19 and safe work practices, which has also impacted productivity because it reduced the capacity of warehouses and ports.”

As container terminals struggled with surging volumes, carriers reverted to standard operational responses, such as “cut-and-runs” to maintain schedule integrity, she added.

“But this strategy to keep the ships running on time has actually resulted in a build-up of empty containers in the main yards, which have quickly become over-full. As a result, berth productivity has fallen yet further,” Ms Hadland said.

While the worst of the congestion was limited to major import gateways in the west, such as LA-Long Beach and Felixstowe, Ms Hadland said Asian transhipment hubs were now having increasing issues.

“And I think this will get worse before it gets better,” she said. “But it’s unlikely to result in the same degree of vessel queuing as we’ve seen in the US,” she added.

In Singapore, for example, which has experienced major delays in recent weeks, Ms Hadland said there had been reduced schedule reliability, resulting in missed connections and a high percentage of cargo rollovers.

Alvin Ea, co-founder and CEO of Singapore-based digital trucking platform Haulio, described the city’s port congestion as a “black swan event”. He told The Loadstar: “The longer port stays, due to congestion, will lead to major issues downstream for the truckers in terms of having to plan for the irregularities of the berthing schedules.

“Trailers are being held captive, as containers cannot be offloaded at the port, and that can lead to a capacity crunch for truckers. In fact, we have witnessed a surge in more collaborative sharing through our platform.”

“There needs to be far greater transparency regarding the current capacity and performance of all of the components of the supply chain – at a regional as opposed to single port level – to facilitate better decision making,” she said.