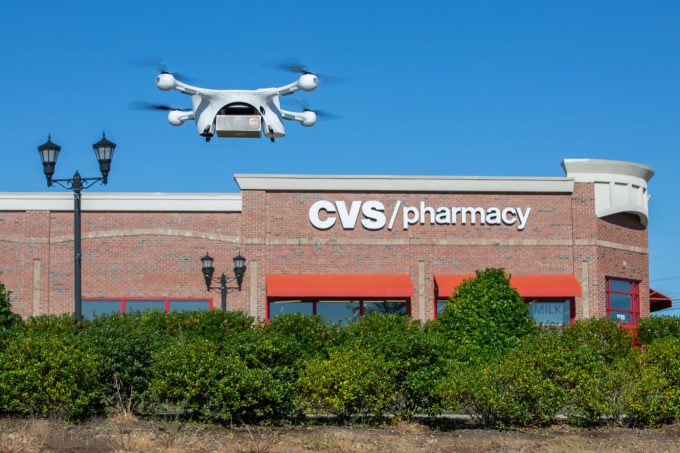 With a fresh domestic investor coming on board, drone operator Matternet is poised to expand into India.

The company sees huge potential in the healthcare arena it has focused on, but down the road, management wants to diversify into other sectors.

Last Tuesday, the board of RattanIndia Enterprises (RE), a large tech provider that focuses primarily on healthcare, decided to make a strategic investment in Silicon Valley-based Matternet, joining other investors including Boeing, Mercedes and Sony.

It said: “With this investment, REL has forayed into the deep-tech unmanned aerial vehicle (UAV) industry, which is set to transform logistics ecosystems worldwide.”

Matternet CEO Andreas Raptopoulos sees tremendous potential in the Indian market. he said: “India is a densely populated country with congested cities, an ideal scenario for Matternet drones to bring greater reach, reliability and speed to healthcare, and other everyday needs of the population, while at the same time decreasing pollution and traffic.”

The move by RE comes on the heels of new draft drone rules by the Indian government last month, which include a reduced number of required approvals, a faster and paperless approval process and no restrictions on drone operations by foreign-owned companies. And the government plans to create drone corridors for cargo deliveries and establish a drone promotion council, said RE.

Over the past year, Matternet has expanded its drone operations in Switzerland and the US and started urban operations in Berlin. It also formed a partnership with Japan Airlines last September to use its technology for trial projects in Japan for the transport of pharmaceuticals, medical supplies and blood units, starting in the metropolitan Tokyo area.

From its launch Matternet has concentrated on the healthcare sector. Oliver Evans, head of global business strategy, explained that this appeared to be the sector most likely to promote public acceptance of drone operations, particularly in urban environments, paving the way for other commercial applications.

But, he said: “The medical field is a huge market, which offers plenty of upside in the near term, but I believe our drones can, and will, carry a larger number of goods in the long run.”

He envisages expansion to start in the B2B sector and extend to B2C applications through a phased approach.

Matternet’s current technology moves shipments of up to 2kg. Its new investor sees potential in the e-commerce market, pointing out that 80% of global e-commerce parcels are under 2kg, “creating a large addressable market for Matternet’s UAV logistics platform”.

Two already major players in e-commerce deliveries seem somewhat less gung-ho on the use of drones. Deutsche Post DHL has discontinued its ‘Parcelcopter’ drone project, saying “regular operations in the field of delivery by parcel drone are not planned in Germany”, and “there are no new pilot projects planned”. Amazon has not commented on its marquee drone development project in the UK, but it has been reported to be in disarray, with most staff either departed or made redundant.

An industry source said said: “Clearly they’re re-thinking the path they’re following, but we believe the market is expanding very fast.” And the source noted a lot of start-ups in the field, much investment and many developments at universities. “If anything, the future will come sooner than people think.”

Matternet is about to deploy a new launch station. This is a platform three meters high, which ensures nobody can interfere with the operation, and that it will not interfere with people in the vicinity, Mr Evans said, adding: “We will install one in Switzerland shortly.”

And management is looking at a number of other countries to enter in 2021/22, he said.