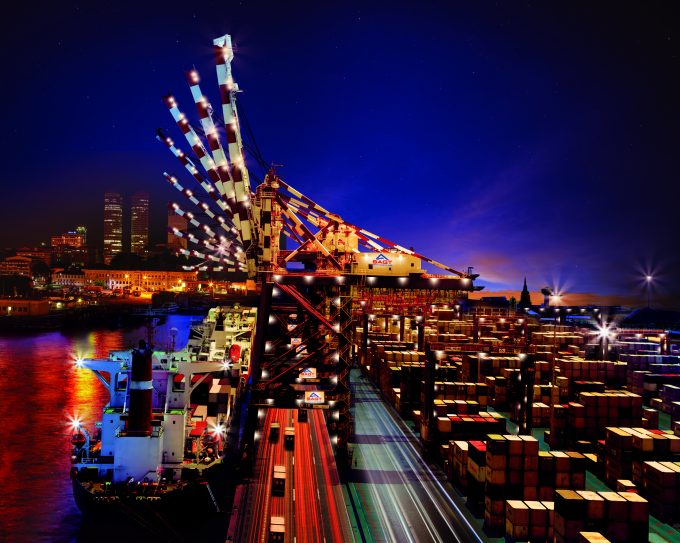 More than one in three containers shipped globally in December were rolled-over at transhipment hubs, according to new research from data tracking firm Ocean Insights.

Its monthly analysis of container rollovers at the top 20 global ports revealed that the global average had increased to 37% last month, with some hubs seeing far higher numbers.

“Major transhipment facilities such as Port Klang in Malaysia and Colombo (pictured above) in Sri Lanka recorded 50% or more of cargo delayed, with the world’s largest transhipment hub in Singapore, and leading primary ports such as Shanghai and Busan, rolling-over more than a third of their containers last month,” he continued.

During November, the Korean hub of Busan saw a 4% decline in rollovers, attributed to carriers putting on extra loaders to cater for surging demand. However, the port largely lost those gains, with a 3% increase in rollovers, during December.

“This indicates that the levels of cargo are still rising, while the extra loader capacity deployed to meet the raised levels of demand appears to be having little effect,” explained Mr. Brazil.

And it was thoroughly mixed picture at some of the world’s second-tier transhipment hubs: Gioia Tauro and Cartagena saw rollover ratios of 62% and 56% respectively, while Salalah saw 22%.

It was a slightly different picture for carriers, however, with an industry average of 35% of shipments rolled at transhipment ports.

And while most carriers saw an increase in rollovers, 2M partners Maersk and MSC managed to “stem the rise of rollover cargo month on month, both recording the same level of rollovers in December as in the previous month,” while Maersk subsidiary Hamburg Süd actually saw rollovers decrease by 1%. 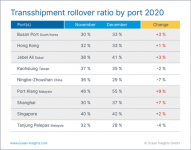