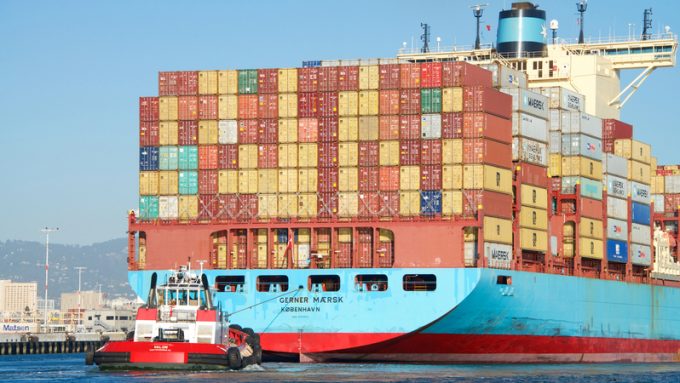 Maersk has reportedly reduced its planned mid-September transpacific GRIs, thought to be due to China’s move to step in to reduce freight rates on the trade.

Last week, Zest Shipping Media reported that Chinese authorities planned to interfere in pricing and capacity management on the transpacific as rates soared to record highs.

Cosco/OOCL also cancelled its September 15 GRI plan, he added, and “other carriers are expected to follow Maersk”.

Mr Zhou said the rate cuts were in response to decisions made at a conference for Chinese authorities, on Friday, to limit capacity management and high rates, in an attempt  “to further stabilise foreign trade and maintain the stability of the international container liner markets such as China and the United States”.

Maersk’s reported move was welcomed by one analyst.

“That would seem to be the most sensible thing to do right now,” noted consultant Andy Lane on LinkedIn. “The rates are already at a level where good voyage profits can be made, and this is not the time to get too greedy.

“One can only hope that when the market turns, which ultimately it will, that rates remain in the profit-making range and don’t decline to loss-making, where they have been for the majority of the past decade.”

But last week, Sea Intelligence’s Lars Jensen warned of the risks of government interference in rates and capacity: “This would have an unprecedented impact on the market and, more worryingly, potentially derail the carriers’ ability to manage capacity in the face of extreme demand volatility.”