News / China set to step in and hold down box line rates, with ocean freight 'a global mess' 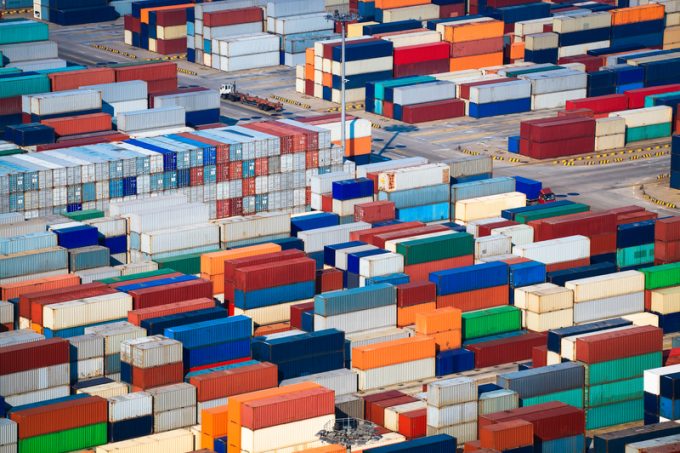 Chinese authorities are set to interfere in both pricing and capacity management on the transpacific, as rates soared to record highs again this week.

China’s ministry of communications today discussed refusing to allow carriers to increase the spot rate from China to the US, and that their suspended sailings must be reinstated from week 42.

The move was reported by Zest Shipping Media, but not confirmed by the government. Zest noted that Cosco had already abandoned its planned GRI for 15 September, and other carriers are expected to follow suit.

Sea Intelligence’s Lars Jensen noted: “This would have an unprecedented impact on the market and, more worryingly, potentially derail the carriers’ ability to manage capacity in the face of extreme demand volatility.

“Placing a ban on blank sailings is essentially a non-issue right now, in a tight market, but it is highly likely we will see another downturn and if carriers are barred from managing capacity, this becomes problematic.”

The move was no doubt triggered by soaring rates. This week’s SCFI shows the market tightening again, impacting all trades.

For the seventh consecutive week, transpacific trade to the US west coast was above $3,000 per feu, reaching a new high of $3,813, although, as Mr Jensen pointed out, “the rate of increase has slowed down”.

He added: “We now also see a strong impact on the CCFI contract rate index to the USWC, where contract rate levels have increased 12% in the past four weeks, and 44% since the beginning of the pandemic.”

One forwarder told The Loadstar high demand on transpacific routes was having a knock-on effect in Europe.

“It has negative consequences for westbound Europe, as the margin is more attractive on the American routes, so more of the limited empty containers are going on that trade, impacting Europe demand.”

Rates to east coast South America, meanwhile, have rebounded after falling to $1,000 per teu as lockdown began. In July, noted Mr Jensen, rates collapsed to $500 per teu, but have risen to $2,901 per teu in just eight weeks.

Earlier in the week, Flexport said it thought GRIs were highly likely to be implemented next week on Asia-Europe.

“The market is expected to be strong and full throughout September and demand will probably remain high until end of October. Carriers have announced blank sailings for post-Golden Week, so capacity will be tight.”

But there are bigger issues than record high rates, claim forwarders.

“Carriers are struggling, even with the peak rates. Westbound is screwed, big-time,” said one European forwarder. “Roll pools are being created by carriers from Asia, and certain vessels are omitting ports, partly because of typhoons, which has created delays, with all the alliances affected.

“And the UK is carnage.”

He added: “Trying to get containers on vessels that do call, or don’t, is a lottery, despite what you pay, and then you need to find a way to get the vessels unloaded, if they aren’t redirected to another port.”

He said equipment shortages were “painful” at both the first and last mile.

“And then we have the Golden week congestion coming over the next few weeks. It really is quite miserable, and the reality of Covid, carrier capacity manipulation and other variables and dynamics is creating a global mess within supply chains, regardless of the efforts made to avoid the issues.”

Another source said he had seen an MSC ship moored off Singapore loaded with empty containers, to save on port storage costs, and added that other shipping lines were following suit, and that there were equipment shortages all over Asia.