News / Launch of 5G tomorrow will bring US air commerce to a halt, say airlines 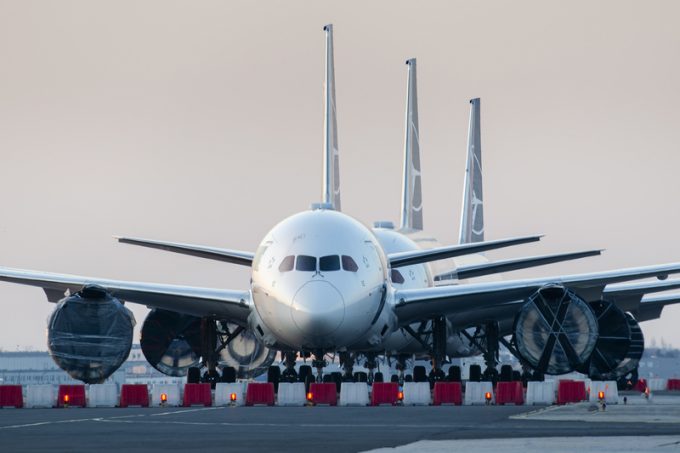 US commerce by air will “grind to a halt” tomorrow, with airlines forced to ground aircraft, unless there is a two-mile radius around major airports free from the planned 5G roll-out.

A group of airlines, including Atlas, FedEx and UPS, has warned the US government, that otherwise they will have to cancel more than 1,000 flights, with some aircraft grounded “indefinitely”.

The 5G problem, which airlines and telecoms companies have been debating for about four years, reaches the crunch tomorrow when Verizon and AT&T will roll out their multi-billion investment in the technology.

But the airlines claim it will affect radar flight altimeters, which provide “critical information to other safety and navigation systems … multiple modern systems on aircraft will be deemed unusable. Airplane manufacturers have informed us that there are huge swathes of the operating fleet that may need to be indefinitely grounded”.

The airlines are urging the FAA to identify base stations closest to key airport runways and prevent the roll-out within two miles of them. They added that “most of the 50 large airports” already identified will be subject to flight restrictions tomorrow, but the airports will get no financial “relief”.

Calling the situation “a completely avoidable economic calamity”, they urge the FAA to take “whatever action is necessary” to avoid “catastrophic disruption”.

“To be blunt, the nation’s commerce will grind to a halt.”

The letter was sent to the executive office of the president, the DoT, the FAA and the Federal Communications Commission (FCC).

The telecoms carriers this month also sent an angry letter to the DoT and FAA, claiming the aviation industry has had two years to upgrade its altimeters, but had “inexplicably” done nothing.

“It was not until 2 November 2021 that the FAA even issued a notice to begin collecting data about altimeters from the aviation industry,” they wrote.

The government had asked AT&T and Verizon to delay the launch, “despite the thousands of people who had been working for almost a year towards [it], despite the billions of dollars we have invested in our networks to prepare … and despite the $80bn the wireless industry paid last year for use of the C -Band spectrum” from 5 December to 5 January. And it was delayed again until 19 January.

The telecoms companies also argued that other countries had 5G, which has not affected aviation: “US aircraft fly in and out of France every day and with the full approval of the FAA.  France provides a real-world example of an operating environment where 5G and aviation safety co -exist. The laws of physics are the same in the United States and France.”

According to an article in The Verge, 5G “has already been rolled out in 40 countries without any resulting altimeter failures, although some of those countries are operating it at lower power levels”.

But it adds: “The problem is, not every aircraft has a modern radar altimeter. Both sides acknowledge that at least some altimeters are affected by signals from outside the intended spectrum bands. To be clear, this is a malfunction — but it’s a malfunction that wouldn’t have been relevant before C-band came online. As things stand now, it’s not clear how many faulty altimeters are out there or how they’ll respond to a flood of 5G traffic. And because even a single interference-related crash would be tragic, it’s hard for airlines to feel secure about the rollout.”

The telecoms companies also face a deadline – not only have they spent some $65bn on the rollout, but AT&T plans to shut down its existing network next month, so and must have 5G to replace it.

What is unclear, perhaps, is why aviation and the relevant agencies have taken so long to act, despite knowing the issues in advance. It could, of course, be the same reason that the airlines simply can’t take more disruption – their attention, and money, have been taken by the pandemic.