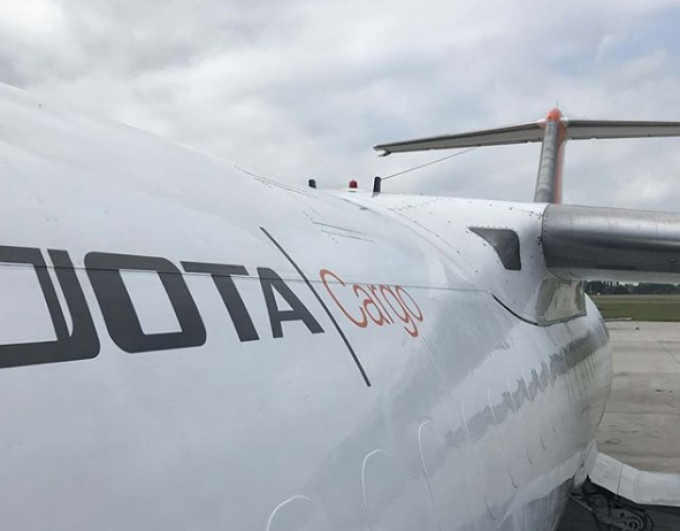 Four new freighters are set to enter the market, expected to be operational this month.

Jota said the aircraft would be used for longer-term ACMI and the ad hoc charter market.

“We look forward to entering this exciting new phase for Jota Aviation,” said CEO Andy Green. “We have spent the past few months ensuring that we have the experienced crew and infrastructure to support Jota Cargo and now look forward to putting these plans into action.”

The carrier, based at London Southend Airport, hopes to find customers among the courier, mail, automotive, spares and livestock sectors.

“These aircraft bridge the gap perfectly between ATR72 and older BAE ATPs in the cargo role and Boeing 737s,” said Mike Sessions, head of commercial.

“Offering these unique freighter aircraft to the market, we are able to deliver a load that is more voluminous, heavier, faster and more efficient than that offered by smaller aviation cargo companies. Introducing dedicated freighter aircraft will save customers valuable time, give us a wider scope of opportunities and provide more diversity in our business, keeping us busy throughout the seasons.”

The freighters, which have a short runway capability, were exclusively used by TNY on its overnight network and complement Jota’s fleet of passenger Bae 146s and Avro RJs.

“The palletisation is fully compatible with overnight integrators and postal systems, unlike the QC [quick change] variants previously offered on the market and not such a popular choice,” said Mr Green. “These offer the perfect option between the turboprops, that offer around 50 cubic metres, and the B737-300 that offer 130 cubic metres.”

In other freighter news, Nippon Cargo Airlines has resumed operations between Narita, Amsterdam and Milan, following the resumption of services from Narita to Shanghai, Hong Kong and Chicago.

“The rest of the aircraft operation will resume in sequence as soon as the aircraft safety is confirmed and the preparation for flight is completed,” it added.

Operations were suspended after the discovery of inaccuracies in the carrier’s maintenance logs.