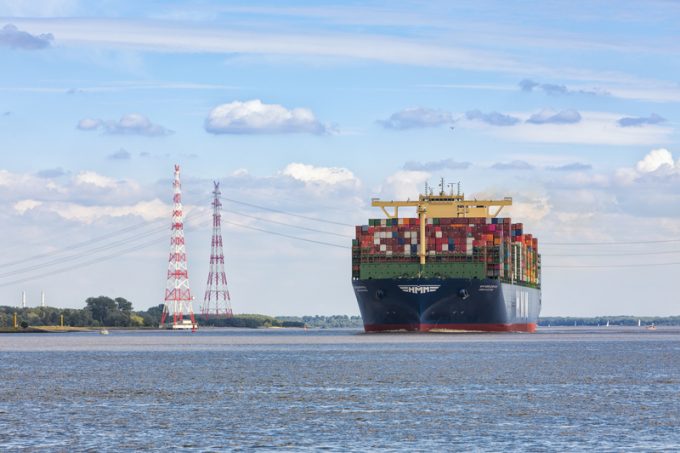 Every deepsea carrier has reduced its operated capacity this year, except South Korea’s HMM, which is taking delivery of a series of the world’s largest vessels.

And, in a double-whammy, the carrier has also seen nine ships, amounting to nearly 100,000 teu, returned from its former 2M partners, according to new research from Alphaliner.

As part of a cooperation agreement signed in 2017, 2M partners Maersk and MSC had chartered the vessels – three of 13,100 teu and six of 10,100 teu – to deploy on their Asia-Europe and transpacific strings, chartering slots back to HMM.

The agreement ended in April and HMM joined THE Alliance as a full member.

Alphaliner said today: “Not only did HMM have to redeploy these ships during the second quarter, but it also took charge of the first in a series of 12 24,000 teu newbuildings.

“Four had already been delivered by mid-June and are trading between Asia and North Europe, where HMM can fill them with the help of its new partners in THE Alliance.”

As a result, HMM’s operated fleet capacity has grown by a massive 42% since the beginning of the year, taking its total fleet to nearly 552,000 teu and pushing it past Yang Ming to become the world’s eighth-largest box carrier.

“The steep fleet size increase had already led to vessel cascading at HMM and it has forced the carrier to idle ships,” said Alphaliner. “The Seoul-based shipping line also decided to ‘use the occasion’ of having surplus tonnage to install scrubbers on a number of 13,100 and 8,600 teu ships.

“Of note, a massive 33% of HMM’s fleet was recorded as inactive at the end of May. The inactive share is, however, down to 20% today as vessels have been returning to active service at a fast pace.”

The rest of the 12 largest carriers have all reduced capacity across their fleets this year. Maersk has seen the largest overall decline in capacity, removing 236,000 teu across 55 ships, reducing its share of total global capacity from 17.8% to 16.6%.

In terms of percentage reduction, the largest was Taiwanese carrier Wan Hai, which reduced its slot capacity by 14% by redelivering chartered vessels, and cash-strapped PIL, forced to sell six 11,923 teu vessels, reducing its capacity by 10.2%.

At the other end of the scale, Hapag-Lloyd has reduced its capacity by just 0.2%, and CMA CGM by 1%.

However, Alphaliner concludes that Maersk executives are unlikely to be worried by its declining market share.

“The capacity reduction fits the company strategy to focus more on logistics and not expand its liner fleet any further. The decision not to follow the example of carriers which ordered ‘megamax 24’ ships will certainly not be regretted at the Copenhagen headquarters in these challenging times of reduced cargo demand,” it said.