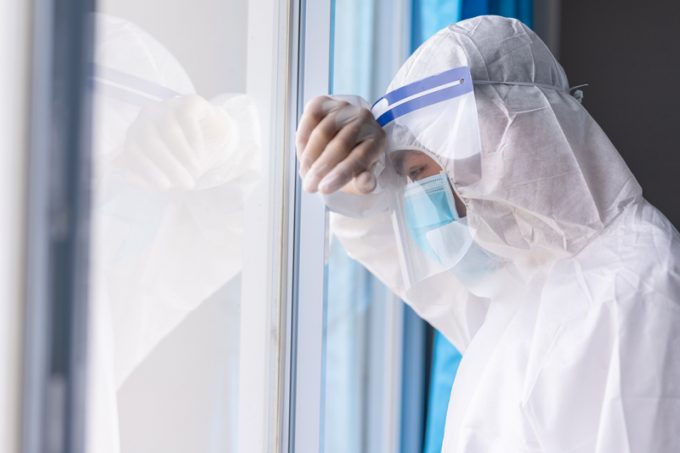 Public health procurement officials around the world need to radically rethink their supply chain strategies to avoid a repeat of the chaos that engulfed PPE logistics in the early weeks of the coronavirus pandemic.

As the pandemic spread from China across the world in March and April, the provision of personal protective equipment (PPE) to health professionals fell woefully short of what was required in almost every country, due to a fatal combination of wildly fluctuating demand and bottlenecks in supply, according to new analysis from Transport Intelligence (Ti)

Even China, which “makes about 60% of the world’s supply of protective garments, respirators and surgical masks” saw a sudden surge in imports during February from other producers to make up a shortfall.

However, that meant that when other countries began to urgently need more PPE, there were already some 31.6m kg fewer face masks alone in the global inventory.

“When Chinese production was ramped up, it was focused on domestic requirements rather than exports to the rest of the world, although by March China’s balance of trade in PPE had almost returned to parity.

“The policy of rebuilding its own domestic inventories meant that it did not come close to meeting the booming demand for PPE elsewhere in the world,” writes Ti chief executive John Manners-Bell.

The scarcity of supply was compounded by transport and distribution issues, as has been well documented in The Loadstar over the past four months: air freight capacity was crippled by the cessation of passenger flights; road transport was beset by border issues; and the long lead time of ocean freight meant it was unsuitable for expedited PPE consignments.

Ultimately, Mr Manners-Bell concludes, governments around the world will have to intervene in the PPE industry to ensure supply is not as critically compromised should there be further pandemics, or, as seems increasingly likely, further waves of Covid-19.

He expects governments’ policy to focus on three main issues: reducing dependency on Chinese PPE manufacturing; building up some level of local/national PPE manufacturing capacity; and stockpiling PPE for the future.

“Moving to a ‘China + 1’ solution, is a reasonable goal, but it will take time for other developing countries to develop PPE production, although this may well eventually benefit other markets in Asia and Latin America,” he writes.

“However, encouraging manufacturers in western countries to invest in the production of low-value PPE would be difficult without significant support. European and North American manufacturers, which have stepped up to re-purpose their production lines to the making of PPE, would only do so in the short term.

There have been numerous examples of western fashion, and even industrial production companies, switching production lines to manufacture PPE, but its returns are far lower than their normal lines of business.

“Consequently, a new generation of lower-value-adding manufacturers will be required, although how this is achieved in normal times when they would be uncompetitive against Chinese competition is difficult to envisage. The economics would not work without significant state protection,” he writes.

Lastly, stockpiling PPE is relatively easy from a technical point of view, but far more problematic in terms of demand forecasting – for example, “the UK stockpiled quite significant levels of PPE in readiness for any disruption of supply caused by Brexit, but in the face of the high numbers of coronavirus hospitalisations this stockpile proved wholly inadequate”.

Mr Manners-Bell argues that governments ought to look at combining the three approaches.

“Strategic stockpiles should be built up to cover emergencies, but not of the magnitude presently required.

“Longer-term relationships with Chinese and, critically, non-Chinese suppliers must be maintained or developed, even taking into account the possibility that these channels may be rendered ineffectual in a pandemic.

“At the same time, some contingency for national production should be put in place. It may be feasible for governments to retain manufacturers to provide PPE production capacity which can be switched on at short notice,” he writes.