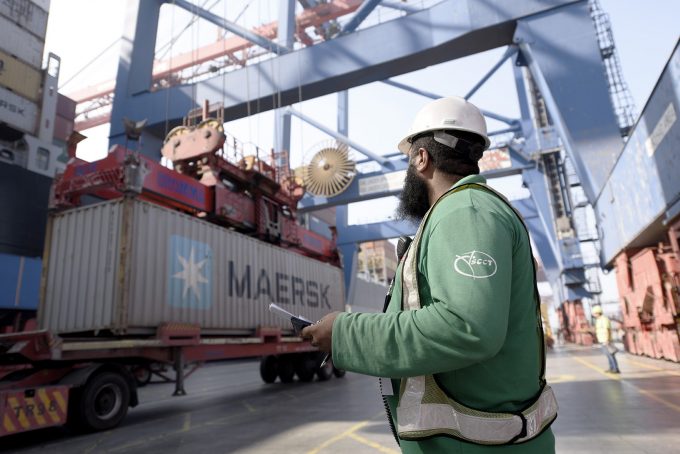 The North Europe component of the Shanghai Containerised Freight Index (SCFI) soared 20% this week to $930 per teu as carriers succeeded in implementing a good quantum of their 1 December rate increases.

The boost from the container spot rate market could not have been better timed for Asia-Europe carriers, in the midst of annual contract rate negotiations, and is a far cry from the dire situation of a year ago.

Then, the SCFI recorded a massive $279 drop for North Europe, leaving market rates on the floor at $275 per teu, which exerted significant downward pressure on contract rates.

This week, spot rates to Mediterranean ports also jumped, gaining 19.3% to $865 per teu, making it a good week all round for Asia-Europe carriers.

According to Patrik Berglund, chief executive of freight rate benchmarking platform Xeneta, “the trend is definitely upwards”, although he was concerned about how long the momentum would be maintained given the fundamental oversupply of space, which is expected to be exacerbated by new ultra-large container vessel (ULCV) deliveries next year.

Speaking from his New York office, Mr Berglund warned: “All the mergers and acquisitions this year, and even the Hanjin bankruptcy, haven’t done anything to address the oversupply side of the industry.”

“I have concerns about the sustainability of rates after the Chinese New Year [which begins on 28 January] and how the carriers are going to manage their tonnage in the long run, up to the peak season.”

Mr Berglund also suggested that weak demand after the week-long Chinese holiday could impact next year’s transpacific contract rate negotiations in the spring.

Nevertheless, the rates still compare favourably with those of a year ago, when the SCFI recorded $891 per 40ft for the US west coast and $1,625 for east coast ports.

However, there is another potential headwind on its way for carriers in 2017: the escalating price of bunker fuel.

The price of Brent crude increased 12% this week, to reach $53 per barrel, after oil cartel OPEC agreed its first supply cut in eight years. The impact saw bunker prices surge to a 16-month high and break the $300 per tonne barrier in some supply ports around the world.

ULCVs burn some 125 tonnes a day at sea, thus a significant, sustained hike in the price of fuel could have a sharp impact on a carrier’s voyage results. For example, in Hapag-Lloyd’s nine-month accounts, the carrier recorded the average rate it paid for HFO in the period at $195 per tonne and for MGO, $379 per tonne.

Carriers will therefore need to consider the potential risk from higher fuel prices next year when entering long-term, all-inclusive contracts with shippers – especially given that surcharge practices are under increasing scrutiny from shippers and forwarders.

The 2M partners Maersk and MSC, and their transpacific partner Zim are set to increase ...

Ever Given rises with the tide and uncorks the Suez Canal, freeing 357 ships

The Suez Canal is set to resume operations today after the 20,388 teu Ever Given ...