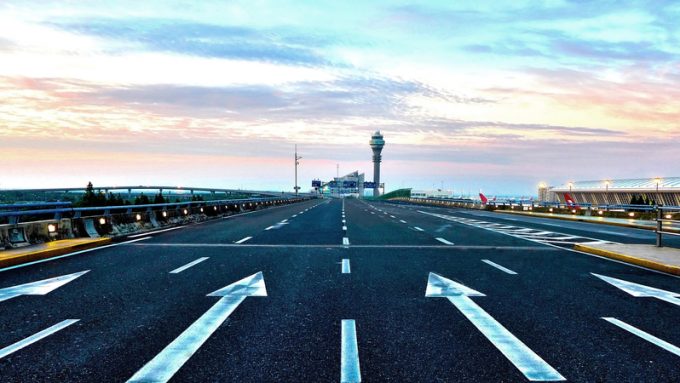 While they acknowledge that additional GRIs and surcharges on top of their rates are reasonable in the current market, they are far less sympathetic to the sharp practices many airlines have indulged in since August in a bid to raise rates by three or four times the amount agreed.

“But airlines are cancelling their scheduled flights and coming back with another flight number instead. The airline is then covered for breaking its agreement. Forwarders are still looking for a solution, so have to book with the ‘new flight’ – but instead of it costing $5 per kg, it’s now $15.

“This is happening often and some carriers can get away with it by promoting the ‘new flight’ as an ad-hoc charter.

“The other thing they are doing is delaying flights. Rates are changing on a weekly basis, so some carriers will cancel a freighter flight on a weekend and put it on instead on a Tuesday – then put the price up to what rates would be that week.

“This is not just normal price rises because of demand – this is carriers increasing their prices in a sneaky way.”

The master co-loaders preferred not to name individual airlines for fear of reprisals, but some indicated that it was a common problem among Middle Eastern and Asian carriers.

One of the problems is that the decisions are being made in head offices, not by local cargo managers who have the relationship with the master co-loaders.

“In Hong Kong, it’s a bit more regulated,” explained Mr Spyrou. “Cathay Pacific will send out proper notices, but many of the airlines are trying to avoid proper communications, even notice of flight cancellations. Airlines in Europe wouldn’t do that, they have specific announcements and open books.”

He said that master co-loaders were increasingly angry.

“Consolidators in China have invested so much money in the BSAs with the airlines – some business owners have used their houses as collateral, as their deposits with carriers can reach millions of dollars, and they have to gamble with pre-booked ‘dead-freight’ capacity from 2,000 to 5,000 tons all year round. They will often lose money in the low season and try to make up in the peak – it’s a lot of cargo and a lot of money.”

The situation has been exacerbated by current challenges in China. Its International Import Expo, between 5 and 10 November in Shanghai, has led to the eastern CAAC refusing all passenger-freighter applications, while no charters can be approved between 1 and 13 November. No dangerous or oversized cargo is allowed into Pudong in the same period, according to one local forwarder, while numerous flights were cancelled last weekend.

As a result, forwarders have reported soaring rates this week, with an overnight hike of $1.50 to $2 per kg to European hubs, $12/kg to North America and up to $16/kg to Latin America and Africa.

Another reason for the price rises is China’s strict Covid isolation policies, which have led to a shortage of labour an airports.

While the e-commerce companies are said to have booked their charters for the upcoming shopping events, one source suggested there was still about 30% of expected volumes uncatered for. She added that rates could rise above the record levels of May 2020.

Airlines are also offloading booked-freight for higher rates, with one airline charging $19/kg out of Shanghai, leaving cheaper-rate freight behind.

Mr Spyrou said the current turmoil in the market was making it easier for airlines to renege on master co-loader agreements.

“The charter issue, and the expo, gives the airlines another reason to play games. Airlines often cancel flights anyway when there are restrictions in China, as it’s easier than dealing with them.”

He added that the newfound confidence in airline cargo departments was partly to blame for the poor treatment of customers.

“Let’s be realistic. The airlines have lost a fortune and they need to make money. The problem is the way they are doing it. And the cargo executives are currently the ones with the upper hand in airlines; they have elevated positions and that is helping feed into this greed and arrogance.”

To hear more about the ‘never-ending peak’, listen to this clip from The Loadstar Podcast by Brandon Fried, executive director of the Airforwarders’ Association