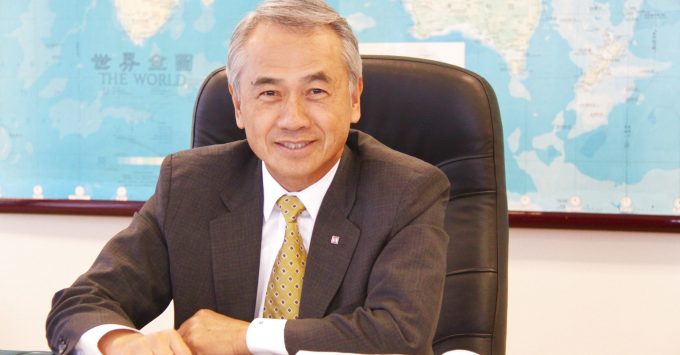 Mr Hsieh, who retired in October, told the Taiwanese tv programme Old Hsieh’s Global View (no relation) on 26 June that Yang Ming last commissioned newbuildings in 2018 and should expand its fleet.

“Shipping companies must do their best to build their own fleet if they have the capital, because high chartering costs will erode their competitiveness. Currently, Yang Ming’s owned fleet is 30% of its total operating capacity.”

The ninth-largest liner operator, Yang Ming’s operating capacity is 617,725 teu, of which 31% is on owned ships. Before retiring, Mr Hsieh had said the carrier should increase the ratio of its owned fleet to 45%.

“Worldwide, chartered containerships account for 55% of the active fleet. Last year, liner operators had record profits and currently own 51% of the vessels under construction,” explained Mr Hsieh.

Asked whether operators had “lost discipline and engaged in unrestrained speculative ordering”, Mr Hsieh pointed out: “The current orderbook-to-active-fleet ratio is around 17.8%, which is much better than the 61% in 2008, when the global financial crisis happened.”

He said that while Taiwan was a small country, the combined capacity of the island’s three largest liner operators, Evergreen, Yang Ming and Wan Hai, exceeded that of Ocean Network Express (ONE), the Japanese carrier formed from the combined container shipping operations of MOL, NYK and K Line.

However, Mr Hsieh added, the Taiwanese carriers were no match for the major Chinese liner operators, such as Cosco, which has a substantially larger business scope.

A spokesperson for Yang Ming told The Loadstar: “Until 2022, Yang Ming expects to take delivery of nine 11,000 teu ships. At the same time, we have been studying the newbuilding market, as well as energy consumption and other trends. We will plan our fleet renewal based on these, as well as our service routes, business needs, fleet age vessel designs, regulations and other factors.”

To hear the views of Jan Tiedemann, senior shipping analyst at Alphaliner, on the pros and cons of big ships, listen to this clip from The Loadstar Podcast.

Yang Ming management is urging staff not to compare their bonuses with those of fellow ...

Schoeller Holdings has sold its 17 containerships to China Development Bank Financial Leasing in a ...