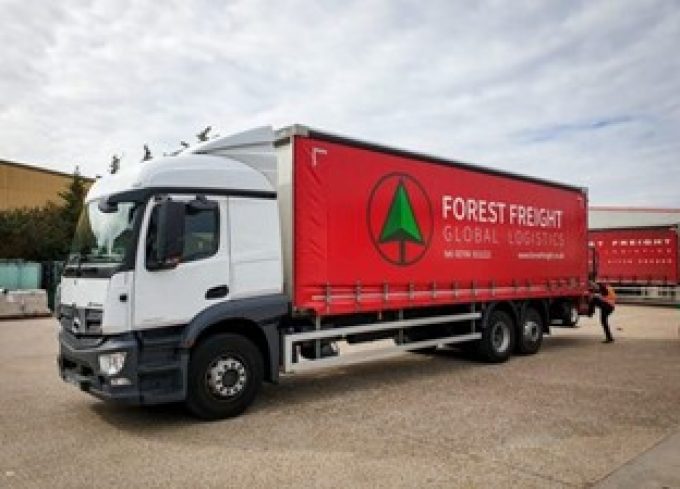 The container haulage crisis in the UK has led companies to explore new avenues to avoid congestion and extra costs.

For example, haulier Forest Freight has introduced a “premium container delivery service” out of London Gateway to reduce delays, and storage fees at the port.

The new service will see Forest bring containers from London Gateway to its 10,220sq metre depot in Rainham, Essex, where they will be unpacked and repacked onto curtain-sider trucks for onward delivery.

This will enable the company to make multiple runs per day using its whole fleet, rather than just its container lorries and Forest said it could guarantee a two-to-three day turnaround on port-to-destination deliveries.

“We have never really done direct container haulage,” said Alex Saltwell, projects director. “We are fully booked until November and needed to come up with an idea to get containers out of the port quicker.”

He said by using the 65-strong fleet of curtain-siders, as well as its seven container lorries, the company would be able to make more trips.

However, one forwarder said that while the idea was certainly useful, it could add further costs for shippers, with more work in the process than normal.

Mr Saltwell acknowledges that hauliers are more expensive than liner haulage, as they have to charge for double journeys – and he said there was an added warehousing element that needed to be accounted for. But, for a simple palletised load, the cost could be as little as £250 for the service, before haulage, he said.

And the timeframe for delivery was within a week, rather than a month.

Forest is not the only company looking to support concerned customers. Metro Shipping sent out a customer note today offering alternatives to liner haulage, which included unloading containers at ports and railheads for delivery in commercial vehicles, and dedicated delivery slots with contracted vehicles and regular drivers.

“Switching your transport requirements away from the carrier option to alternatives, with immediate effect, is the only way to mitigate rent and demurrage charges,” it said.

Mr Saltwell said he thought the shortage of drivers and equipment was getting worse, judging by the increasing numbers of enquiries Forest was seeing.

“One of the problems is that if a vessel is delayed, then the customer misses the slot and can’t get a booking for another month. One little problem causes a bigger one.”

He said he could provide work for another 50 drivers, but there was not enough equipment.

“There is a shortage of container lorries. I’d like another five, but the price has gone up dramatically since March, and there are none available until the first or second quarter of next year,” he said. “The driver shortage is also a problem.”

He added that Forest was fully staffed with drivers at the moment, but acknowledged “there’s always a turnaround” as supermarkets attract them away with better offers.

“But we are keeping them at the moment,” he said.

While forwarders have indicated that there is “gazumping” going on, with haulage companies dropping booked customers for higher paying ones, Forest said it would never cancel a booking for its “dedicated customers”.