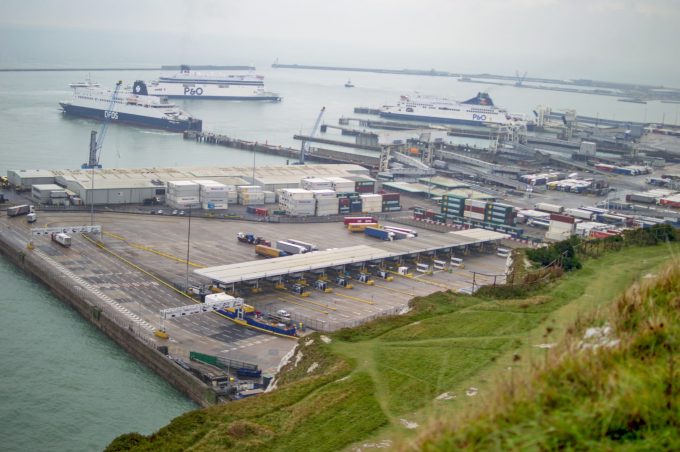 Cypriot authorities say they are liaising with counterparts in the UK on safety and employment issues, following the sacking of 800 seafarers by P&O Ferries last month.

Cyprus is one of three flags P&O Ferries’ ships are registered with, the other two are Bermuda and the Bahamas. All three should have been notified and consulted on the sackings – at least 45 days in advance in the Cypriot case.

Deputy shipping minister Vasilios Demitriades told The Loadstar: “Regarding safety we liaise with MCA [Maritime Coastguard Agency UK] and flag state responsibilities will be executed, adhering strictly to the international and EU legal framework on safety.

“On the labour/employment issue, our legal division is scrutinising if the company’s actions are in breach of the legal framework [EU and national law] and, if this is the case, we will take appropriate action.”

Any Cypriot action will be outside the legal case launched by former P&O Ferries chef John Lansdown, who is seeking £76m ($99m) in damages and compensation from P&O Ferries and its parent company, DP World.

Mr Lansdown told the BBC his action was not merely about him, but the “799 of my seafaring family [who] have lost their livelihoods, their way of life, their homes for half the year; and it’s about the bigger picture”.

Lawrence Davies, of Equal Justice solicitors, who is acting for Mr Lansdown, said: “This is the most important battle for British workers’ rights post-Brexit; the battle to prevent British jobs being lost on British waters to cheap foreign labour.”

Meanwhile, many of P&O Ferries’ vessels remain out of service, including the three Dover-based ships.

As a result, Dover’s Traffic Access Protocol, known locally as the TAP, remains in operation, as does Operation Brock, which has seen the closure of one lane of the M20 motorway leading into Dover.

Port of Dover said: “There is currently a high volume of freight traffic on the approach to the port. TAP and Operation Brock are extremely busy. The port is working alongside operators to clear traffic as efficiently as possible, and we thank drivers for their patience.”

A port spokesperson said DFDS ferries was now operating with its full complement of vessels, following a “dink” last week in Dunkirk, which required repairs to one ferry.

Moreover, Irish Ferries has deployed a third vessel on the route. The Isle of Inisheer has joined the fleet and the operator can now offer 30 sailings per day on the Dover-Calais route.

In addition, Swedish operator Stena Line has been reorganising its services to cover the suspension of P&O Ferries services to Belfast. The Stena Nordica has been moved to the Belfast-Cairnryan route to cater for increased demand on the trade.

Additionally, the Stena Horizon, on the Rosslare to Cherbourg service, is in dry-dock and has been temporarily replaced by the Stena Estrid, which was operating the Holyhead to Dublin route, where Stena Europe has taken over until 12 April.

Meanwhile, Dutch dockers have refused to handle P&O’s Pride of Hull, in Rotterdam. However, the vessel has yet to be given its safety approvals from the UK’s Maritime and Coastguard Agency (MCA) and would not be able to undertake ro-pax work in any case.

The Pride of Hull is understood to have a Dutch crew, not included in the sackings involving the UK workforce.

The MCA is continuing safety certification work on all eight P&O Ferries vessels, with the latest update expected soon.