News / Firms can be better: there can be more gender diversity in logistics 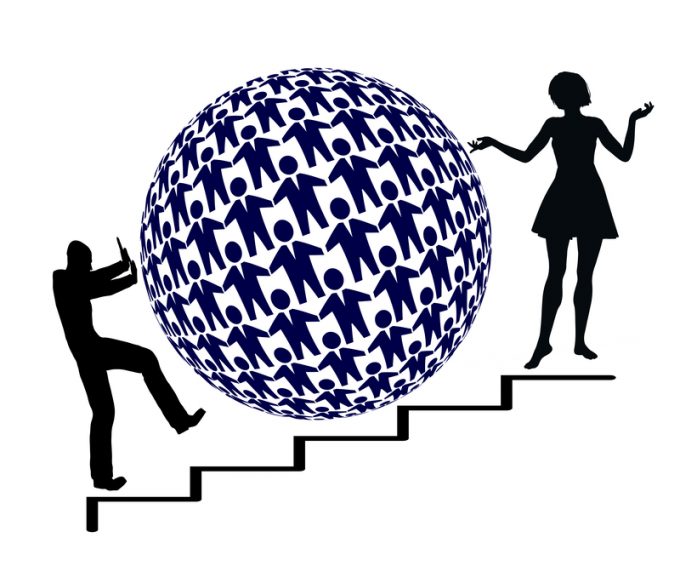 When you ask logistics companies why they have so few senior (or even junior) female staff, you tend to get the same response: “Women don’t apply for jobs here. What can we do?”

Well, the answer is not, in fact, ‘nothing’; many companies seem to think that a lack of applications means they don’t have to try.

But a new white paper from Bis Henderson on gender diversity in logistics shows companies how they can change the status quo, how they can encourage women to apply and accept jobs and how they can retain woman so they can rise up the career ladder.

First, a few facts: women hold only 17.9% of directorships; only 15% of supply chain executives at the EVP, VP and CPO level are women; and while 37% of the total supply chain workforce are female, only 25% of senior managers and directors are women.

Why does it matter?

Studies have shown that women directors are better at managing risk and at addressing the concerns of customers, stakeholders and employees.

McKinsey found that, of 1,000 companies from 12 countries, those in the top 25% in gender diversity among executive leadership teams were more likely to outperform on profitability and value creation.

So – it’s a problem worth trying to fix. The question now is how?

The white paper notes that “there is evidence to suggest that masculine forms of language used in job adverts may put potential female applicants off.

“Research has highlighted that male-coded words, such as ‘ambition’, ‘challenging’ and ‘leader’, can make the job less appealing to women. It was found that adverts that used neutral words, such as ‘honest’, ‘understand’ and ‘dependable’, lead to an increase in applicants. So, perhaps there are pointers here for those recruiting for positions in the supply chain?”

As former supply chain executive Alison Kirkpatrick, now executive search consultant at Bis Henderson Recruitment, noted: “We take great care to guide and advise our clients on using terms in job descriptions that are appropriate to both men and women. There are many pitfalls companies can fall into if they are not careful in the way they phrase things. It’s easy to come across as patronising, and women certainly don’t want to feel tokenised.

“An important point is to ensure that CVs are submitted gender-blind. Another is to make sure the interviewing panel has at least one female.

“One of the biggest factors for women when deciding to take a job is whether they engaged with a woman on the panel,” she said. She also advises ensuring there is no unconscious bias at a company by carrying out a diversity audit.

There is also the question of perception of the industry – from schools upwards. Supply chain is not all trucks and sheds, and in any event, many of those jobs could be lost to automation. As Ms Kirkpatrick explained: “People within the industry need to talk more positively about [it], because once people get into it, they begin to realise the huge opportunities that exist across the many different roles and the wide array of skills that are needed.

“A great deal in supply chain is about managing teams – quite large teams the further up the ladder you go. Perhaps women in the industry don’t realise just how good they could be.”

And in fact, according to Bis Henderson managing director Leigh Anderson: “90% of a senior management role in logistics is about managing people. It’s about understanding and engaging with individuals and that is more about HR, which has traditionally tended to be a female role. Warehouses and fulfilment centres require very labour-intensive activities, involving large groups of people, so there is a huge potential for female managers.”

Confidence is another factor, hindered by the current lack of role models. (A supply chain conference this week in Brussels, shockingly, had just five women speakers out of a total of 66.) According to a KPMG study, 67% of women said they need more support building confidence to feel like they can be leaders.

“More needs to be done to ensure women are encouraged to enter mentoring and development programmes. This is a proven pathway for building confidence in those women with potential to rise through the organisation, so businesses should actively seek to achieve a good gender mix across such schemes,” said Ms Kirkpatrick.

Sue Coenen, vice president, northern Europe at RS Components, added: “The use of executive leadership programmes is a really effective way of mixing top talent across both male and female candidates, it creates an environment where they are able to experience and appreciate each others’ skill sets.

“Mixed mentoring programmes are also particularly good at getting the two genders to understand how to work together and learn from one another.”

You could, of course, take the easy way out and simply poach women executives from elsewhere to shore up your company’s diversity. But as Bis Henderson pointed out, it doesn’t really solve the problem, which is in fact about creating the right environment, in which diversity will naturally follow.

Promotion of gender parity will be reflected in Geodis’s bonus structure, as it looks set ...

Do you know of any great young women in your company, or are you one? If ...

Workforce diversity: 'why would you not want an even richer talent pool?'

During Ramadan this year, American Airlines chief executive Doug Parker decided to fast for a ...

How a focus on diversity can help the logistics industry succeed

The logistics industry needs more women. As a female leader, it’s never been more clear to ...