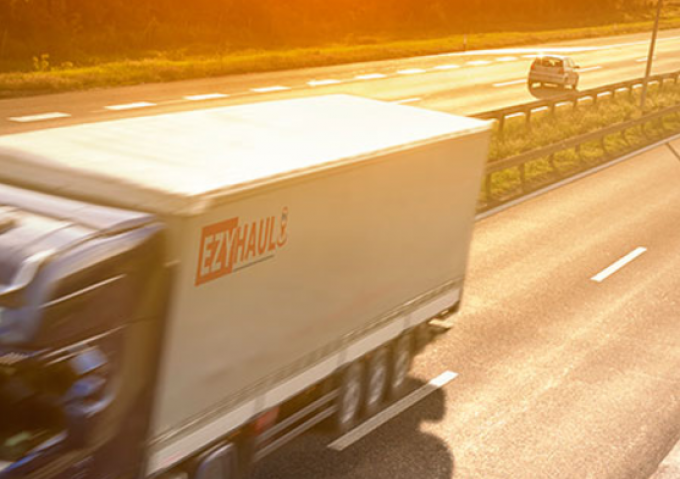 Mr Gillon, a seasoned logistics executive who left UTi to launch Ezyhaul, told The Loadstar he saw an opportunity for the service after spotting a gap in the market.

On-demand transport apps had gained traction for last-mile e-commerce deliveries in South-east Asia, but less so for journeys further upstream in the supply chain.

“We do every mile, other than the last mile; we’re purely B2B. Our focus is on trucking, from vans to small trucks, all the way to the 40-footers that do the long-haul,” said Mr Gillon.

“The key problem we’re solving is around empty capacity on the roads and empty backhauls. It’s prevalent across the region.

“The market is extremely fragmented, meaning there’s a lot of small players, both on the shipper and the trucker sides. It’s difficult for them to optimise their assets and get optimal utilisation of their trucks.”

“That’s a lot of empty capacity running around on the roads and if you can effectively tap into that, it becomes an interesting proposition,” Mr Gillon added.

User take-up has been positive so far. Ezyhaul has around 500 trucks registered on the platform and is on track to meet its target of 2,500 within the company’s first 12-months.

On the shipper side, Mr Gillon says they have a healthy mixture of small “SME shippers, manufacturers and traders” using Ezyhaul to manage domestic shipments, as well as some multinationals looking to gain greater control over their truckers.

An added benefit is the automation the app brings to both sides of the transaction, said Mr Gillon.

“Shippers love the technology; the fact that all the shipments are now visible, the documentation is electronic and they get their invoices immediately.

“And for carriers: these guys have got the opportunity to manage their own fleets through our platform. They can manage their trucks and drivers and they also get paid within 30 days instead of 60 or 90, which for a small trucking company can be a real hassle.”

Freight forwarders and 3PLs like DB Schenker and Hellmann are also Ezyhaul customers, and Damco will be “on-boarded soon”.

Mr Gillon says the app solves the same problem for 3PLs, since, typically, they don’t own their own assets and therefore face the same headaches when dealing with multiple carriers.

Interestingly, Ninja Van, a fellow on-demand transport company, is an Ezyhaul customer too. Ninja Van operates a hub-and-spoke system using central warehouses to execute its last-mile deliveries, but it still relies on full truckloads for inbound flows between, and to, those distribution centres, making Ezyhaul the natural solution.

“Cross-border makes up 5-10% of our revenue. It’s something we’re definitely going to be growing over time, because with the development of the ASEAN community we expect cross-border flows to grow exponentially,” said Mr Gillon.

As the logistics sector steps up efforts to aid the crisis in Ukraine, the UK ...