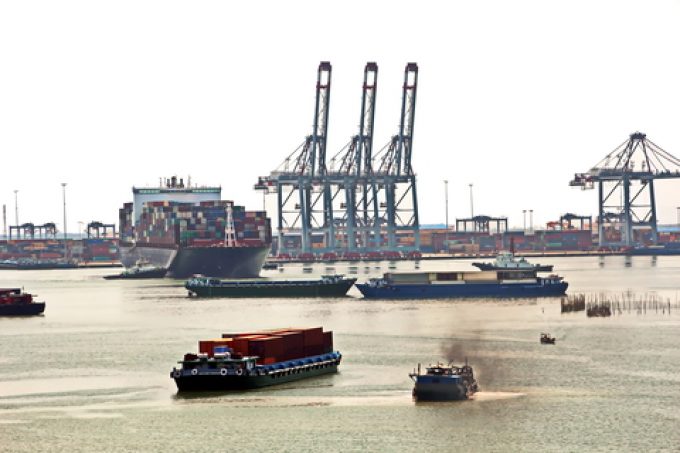 Backed by booming exports, Vietnam is on track to become South-east Asia’s fastest-growing economy this year – but there may be choppy waters ahead for cargo.

In stark contrast with China, Vietnam’s GDP grew at the fastest rate in 12 years during the first nine months of the year, and is set to post 8.5% growth for 2022, according to estimates.

Earnings from exports increased 17.8%, to $265.3bn, as of 15 September, according to the ministry of industry and trade, which attributed the growth to “advantages from free trade agreements”.

Indeed, forwarders say the EU-Vietnam Free Trade Agreement (EVFTA) has played a big role, with Vietnam’s exports to the EU up 20% over the first eight months of the year.

At the same time, exports to the US grew 25.4% between January-September, which some commentators have chalked-up to a shift in orders from China, where supply chains continue to struggle under the weight of Covid restrictions.

Jan Segers, general manager of Noatum Logistics Vietnam, said business was good, despite the general drop in demand across ocean freight markets. However, he told The Loadstar: “Customers are changing from their NAC [named account] service contract rates to FAK [freight all kinds] rates, as FAK is cheaper than their contract rates.

“The estimated peak season from China after the Covid period and lockdowns has been quite underwhelming, so rates are decreasing, especially for transpacific.

As a result, he said, it was now “much easier” to find export containers in Vietnam than last year.

“We also see a change in producing and outsourcing from China to Vietnam – it’s slow, but pertinent. Vietnam will never be as big as China, but foreign direct investment in Vietnam is constantly growing,” Mr Segers added.

During the first nine months of the year, disbursement of that foreign investment increased by 16.2% to $15.4bn.

Despite the positive trade growth, concerns remain over the exposure to the economic downturn in destination markets, as well as the country’s reliance on China for raw materials. For example, following strong growth at the start start of the year, since July garment and textile manufacturers have experienced a reduction in orders from the US and EU, according to local media.