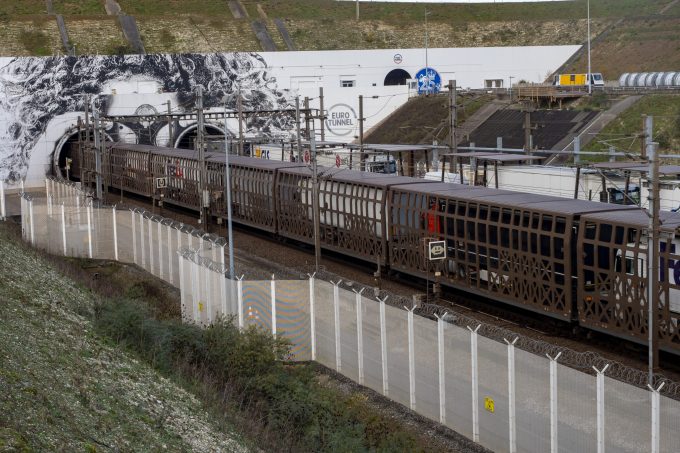 Christian Dufermont, freight commercial director, told The Loadstar the unaccompanied business had accelerated at pace since its launch last September, but significantly since March.

“We have handled 1,000 trucks in the two months following March, about 500 unaccompanied trailers a month, and we expect to double that by the end of the year,” he said.

Unaccompanied freight has seen a renaissance since Brexit, with a shortage of drivers and more complex border controls, but Eurotunnel believes it has found a solution to the latter with its Border Pass.

This is carried by drivers in a digital wallet, making the border crossing as quick as pre-Brexit transitions, claimed Mr Dufermont.

Digital customs systems for unaccompanied freight means demand for this service is increasing and Eurotunnel is looking to develop the business with solutions that will see unaccompanied trailers transported from depots, such as Daventry and Rugby, in the UK to destinations across Europe.

“That will mean we can solve the problem of the decline in the number of drivers and help with the decarbonisation of the supply chains into and out of the UK and continental Europe,” said Mr Dufermont.

UK Department for Transport figures show that unaccompanied freight from April 2021 to March 2022 increased 5%, to 1.09m trailers, a 10% increase on the five year rolling average between 2015 and 2019.

The extraordinary decision of P&O Ferries – or P45 Ferries as they might now become ...