News / Could an e-commerce boom and 'the Amazon effect' be the saving of smaller cargo airports? 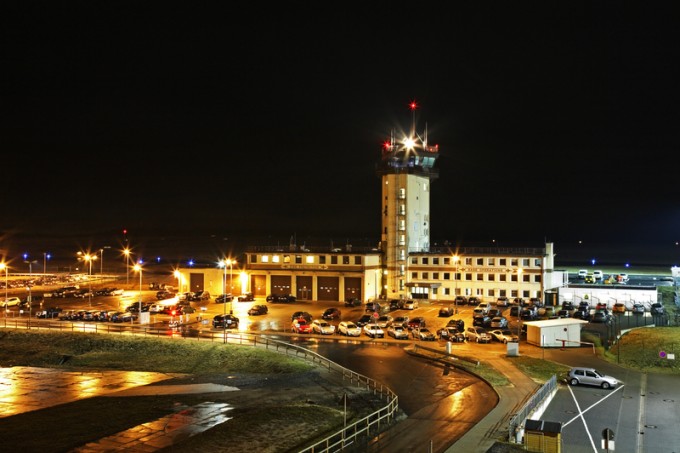 For aspiring air cargo gateways, the “Amazon effect” may be the new “Aerotropolis”.

The concept of an airport integrated with production facilities on its doorstep fuelled the development ambitions of many smaller airports over the past three decades.

While, the decline in air freight seriously dented those dreams, rumours that Amazon may buy Hahn Airport to use as its European hub – coupled with gung-ho predictions of e-commerce growth – is opening a new debate about the viability of cargo airports.

Neither the internet retail giant nor the German airport has commented on the deal, but for Hahn the scenario of Amazon acquiring it is very tempting.

Almost the entire country is just a 90-minute flight from there, and the new hub’s creation is a key part of SF Express’ growth strategy, which also includes expanding its fleet from 40 aircraft to 100 by 2020.

Hahn, meanwhile, remains for sale after a rollercoaster ride that saw carriers come and go.

It is a former military airbase, about 120km from Frankfurt, which marketed itself as an alternative to the German gateway – a strategy that attracted low-cost passenger airline Ryanair and a string of cargo carriers, such as Aeroflot, Nippon Cargo and Air Cargo Germany.

However, Hahn struggled with years of losses, and its majority owner, the state government of Rhineland-Palatinate, wants a buyer. Even a flight curfew between 11 pm and 5 am at Frankfurt could not cement Hahn’s position as a cargo gateway. Last year it handled just under 80,000 tonnes, a 40% decrease on the previous year and way off its peak in 2011, of 286,000 tonnes.

The idea of Amazon replicating in Europe its approach in the US market, where it uses a dedicated fleet of B767 freighters from ATSG operating a network based on the erstwhile Airborne Express hub at Wilmington, would likely have ramifications beyond Hahn.

He said Amazon’s foray into a dedicated freighter network operation had certainly lifted the fortunes of Wilmington, which saw most of its activity and jobs disappear after DHL left. The airport’s set-up meant that Amazon could, essentially, take over an infrastructure that met its needs and resulted in huge cost savings.

“If you had to do a cost analysis to build a cargo airport to accommodate Amazon, you wouldn’t do it,” he said. He argued that the growth of e-commerce may open opportunities for some airports with existing infrastructure, but would not usher in a renaissance for cargo airports, because the industry was unlikely to see a proliferation of e-tailers with dedicated airfreight operations.

“How many Amazons are there going to be?” he asked. To cover the United States, an operator would need a central hub plus six or seven regional hubs.

Whether an operation would translate into profits for airports which landed a chunk of this business is another question. Few cargo airports have managed to produce black figures, Mr Webber said.

“Rickenbacker has been relatively successful,” he said, pointing to the cargo airport of Columbus, Ohio, which has attracted regular freighter flights from the likes of Cathay Pacific and Cargolux on the strength of garment distribution for the US north-east. For years, Rickenbacker’s international volumes were flown in on cargo charters.

“It only managed to break even in the last few years,” Mr Webber explained, once scheduled international freighter runs were established.

According to Airport Council International, 69% of the world’s airports are loss-making, and cargo is an unlikely avenue to profitability, Mr Webber added.

However,  for many profitability was not the only yardstick, he said, as there are public policy issues around job losses and economic repercussions from the decline or outright closure of a regional airport.

He said the integrators seemed a more reliable engine for growth. UPS recently announced plans to upgrade its west coast hub at Ontario Airport in California, boosting the building’s size by over 15%, which will create some 500 new jobs over the next five years.

And DHL is looking to quadruple the size of its sorting facility at Paris Charles de Gaulle Airport to absorb growth in parcel traffic, which it says has hit 14-15% annual increases in the past three years.