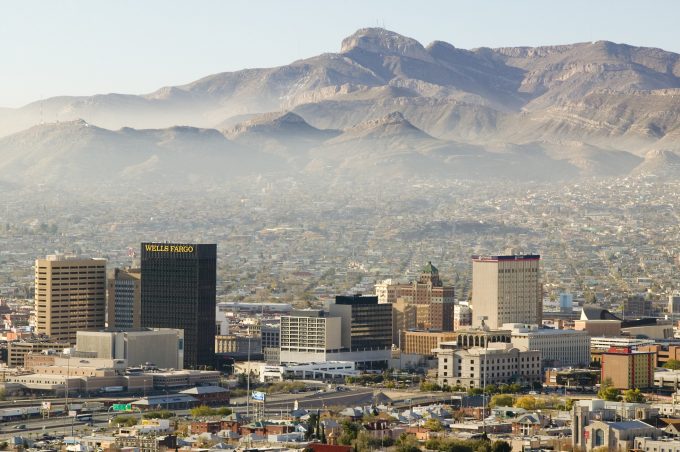 What wall? The plans by northern neighbour to build this wall has so far failed to dent Mexican exports – including those to the US.

Outbound shipments are up sharply, which has created challenges for carriers in balancing equipment, and operators are stepping up their presence in the country.

“Our business is up approximately 14% over last year,” reported Mike Gamel, chairman and vice-president of sales and marketing at California-based MexPress, which runs a bonded road feeder service between three US gateways and a host of airports south of the border. And southbound flows have been stable, he added.

He attributed the rise in business in large part to the strength of Mexican exports, but added that airlines were increasingly using MexPress to feed their departures from Dallas, Houston and Los Angeles to eliminate bottlenecks and delays at Mexican airports.

According to Mr Gamel, the surge in exports has produced an imbalance in inbound and outbound flows that has put a strain on equipment availability.

Mexico’s booming auto industry has been the chief engine of growth. Thanks partly to new plants coming on stream, production rose 17% in the first quarter of the year and exports went up 14%. Output by foreign carmakers climbed 34% in May, according to the Mexican Automotive Industry Association.

Mexico’s auto exports to the US were up 14% in the first quarter. The northern neighbour accounts for 76% of its auto exports.

“We’re getting more business than I thought we would,” he added.

Other operators are bent on boosting their presence in the Mexican market. American Airlines appointed a new cargo GSA for Mexico in June.

“To support the market in Mexico, we’ve made positive changes, expanding our local sales team, to help us utilise the available opportunity, a spokesperson for the cargo division said.

“Having a new, larger sales force in the market will only encourage growth for American, as our customers will have easy access to their local sales reps and new offices in six total locations throughout Mexico.”

Delta and Aeromexico, which obtained antitrust immunity late last year, signed a joint cargo co-operation agreement in June for airfreight between their respective home markets. The pair are moving under one roof in a number of locations, but of greater interest to their clients is their decision to mount joint sales activities.

“By working together on the cargo side, we can really provide a seamless logistics experience in the US and Mexico,” said Gareth Joyce, Delta’s president of cargo and senior vice president for airport customer service when the agreement was signed. “This enables us to bring faster, more reliable and flexible solutions to our customers in the US, Mexico and globally.”

This suggests that the pair are looking beyond their home markets, but they have not given any indications of plans in the international arena so far.

Interest in some Asian markets is strong. In February All Nippon Airways started flights between Tokyo and the Mexican capital. China Southern mounted passenger service to Mexico City in April as an extension of its Vancouver service, and rival China Eastern is reportedly planning a Shanghai-Mexico City route. Cathay Pacific runs several freighters a week to Mexico, extensions of 747-8F flights to Los Angeles.

In April, speaking at the opening of the $525m APM Terminal at Lazaro Cadenas, Mexico’s second-busiest port, President Nieto described expanding port capacity as an important part of his country’s commitment to free trade. This was one of several indications this year that Mexico is looking to boost its international trade to lower its dependence on business with the US.

For now, though, the rhetoric from the White House appears to have little impact on Mexico’s exports to its neighbour.

“I have not seen any effect on business due to the words or actions of our present administration to date,” said Mr Gamel.