The day I went to prison… 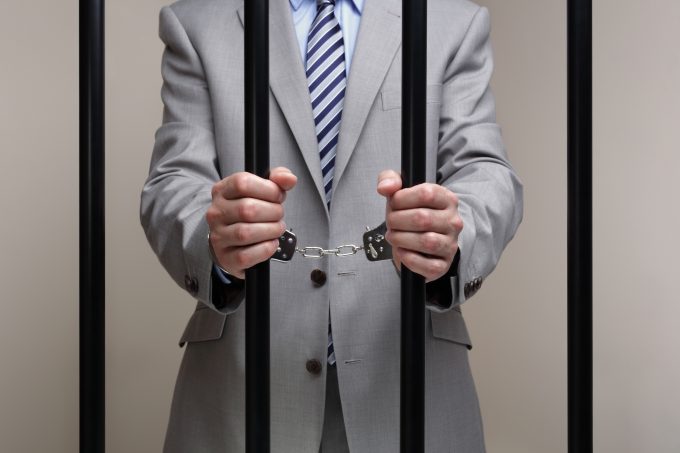 A personal note on the antitrust investigations that rocked the air freight industry.

The weather on the day that I visited prison was perfect for the occasion: it was grey, dreary, cold. Along the interstate leading up to the ‘correctional facility’ stood countless small churches with large billboards providing advice on how to find redemption.

This put a smile on my face, despite the circumstances. But it soon disappeared when I arrived. The facility, with its watchtowers and barbed wire, was no smiling matter.

The security guards checked me for illicit goods, then let me in. I was escorted to a table in a large hall. All around me were inmates in distinctive khaki overalls, talking to their spouse or playing board-games with their kids.

After a few minutes a door opened and a tall guy walked towards me, sat down and said: “Hi Niall, good to see you.”

His khaki overall was way too large; it did him no justice (pun intended).

My friend – let’s call him Josef – was put behind bars by the US Department of Justice (DoJ) after he pleaded guilty to “participating in a conspiracy to suppress and eliminate competition by fixing the cargo rates charged to customers for international air shipments”.

We talked about his life within these walls; on the rules of engagement among inmates, many of whom were convicted murderers and drug dealers, serving the last term of multi-year sentences. And how a massive fight on the football pitch between ‘Blacks’ and ‘Latinos’ resulted in a complete lock-down of the whole facility. Everybody, including Josef, had to stay in their cell for 14 days.

When our time was up, he walked back to the door, smiled and waved. It would be months before I would see him again.

Saying his life on the inside was rough is an understatement. The life for his family on the outside was, of course, no breeze either. As if hit by an earthquake, their life was shaken. They were frequently confronted with the negative image that the DoJ and media created of this husband and father; an image they could not relate to at all. And then there was the agony of not knowing what would be left of him, once he got out.

As an outsider looking into that predicament, you could argue that justice was simply taking its course, and that Josef and his family were reaping what he sowed. But when you dig deeper, you see that his case is not that black and white. Antitrust laws have many shades of grey.

A leading lawyer in this domain I recently spoke to used the following metaphor: “When you are driving 140 kph on a road with a speed limit of 120 kpm, you know you are breaching the rules. But with competition law, it is often subtler. And the perception of what constitutes a breach could change over time.”

Everyone knows that you are not allowed to set prices in conjunction with your competitors. What was the grey area that was held against Josef by the DoJ, as he clearly had not “fixed cargo rates” in its literal meaning? The core of his wrongdoing, according to the DoJ, was that he should not have used publicly available fuel-surcharge frameworks in place at other airlines to build a new fuel surcharge methodology for his employer (which was lacking one at the time). You have to admit that this sounds a lot more nuanced than “fixing cargo rates”.

Furthermore, Josef did not violate one single internal rule related to antitrust matters. How do I know this for sure? Simple, his employer did not have such explicit rules at the time. Nor was he responsible for creating these rules – he was ‘just’ a manager.

In the end, Josef didn’t know he was potentially violating antitrust rules. More importantly, it could not have been expected that he would know that he might be entering this danger zone. The shades of grey of this particular case made it impossible for Josef to oversee the potential implications of his conduct.

“So what?” you might think. He pleaded guilty to a “conspiracy” didn’t he? Yes, he reached a plea bargain with the DoJ. But a plea bargain is exactly what it says on the tin. It is the result of a bargaining process between the DoJ and the defendant. And that can be a murky affair, especially if the DoJ plays its trump cards: exhaustion and fear.

Firstly, they wore him out. Like a group of lions attacking a herd of impalas, the DoJ singled him out and kept chasing him until he finally ran out of steam. They had him cornered. Then they offered him two options: if he pleaded guilty, he would receive an eight-month sentence, and a $20,000 fine. If he didn’t, the DoJ would bring him to court to face a 10-year sentence and a $1m fine.

If you take a cold mathematical approach to this, then even if you are 95% sure they do not have a case, it might still be wise to plead. And that is not taking into consideration the time, money, stress and heartache it would take to undergo such a court case. No wonder he took the lesser of two evils. Despite that it felt so wrong for him, it would allow him and his family to put this behind them.

This plea does therefore not make Josef a criminal. It makes him a scapegoat.

Because he, and a few others like him, went to jail, the cargo airline industry as a whole could isolate individual ‘wrong-doers’, pay its fines and move on. Redemption for the industry, at the expense of the individual.

Cargo airlines paid in total a fine of some $2bn to the DoJ as part of the antitrust investigation. A sizeable sum by any measure. But this monetary amount is dwarfed by the personal price Josef, and the people like him, had to pay. Until now, no impartial judge or jury materially assessed Josef’s conduct and answered whether it was a culpable violation of antitrust laws. A tough one to swallow for him; a missed opportunity for our industry as a whole.

The lack of any clear ruling on this matter caused many airlines to overreact to the investigations, and they severely restricted their employees in discussing potential areas of cooperation with other airlines. They were concerned that the DoJ might be reading something in to these gatherings. This tendency has restricted cargo airlines for years in building meaningful partnerships with their peers. It is only in recent years that we are experiencing the bloom of cargo joint-ventures.

Pretty soon after his release, Josef was back in the saddle – kudos to his employer for supporting him in that. When I met Josef again, he looked the same on the outside, but inside he was changed. He might have left prison, but prison had not left him. And his wife and children were now paying the price for being in ‘survival mode’ for so long.

After the initial earthquake caused by the indictment, plea bargaining and serving time, now followed the tsunami of emotions. It would take them years as a family to find solid ground beneath their feet again.

The antitrust investigation by the DoJ cast a shadow over Josef’s family for close to 10 years. That is frightening by itself. What makes it even scarier is that it could potentially have happened to many of us. A slight change in our career or a different focus from the DoJ could have seen me behind bars. The apparent randomness and opaqueness of the investigations have a Kafka-esque ring.

I have the utmost respect for Josef and his family for how they dealt with this incredibly difficult period in their life, and how they picked up afterwards. They exemplify the phrase “life is not what you make it, it is how you take it.”

I take my hat off to them.