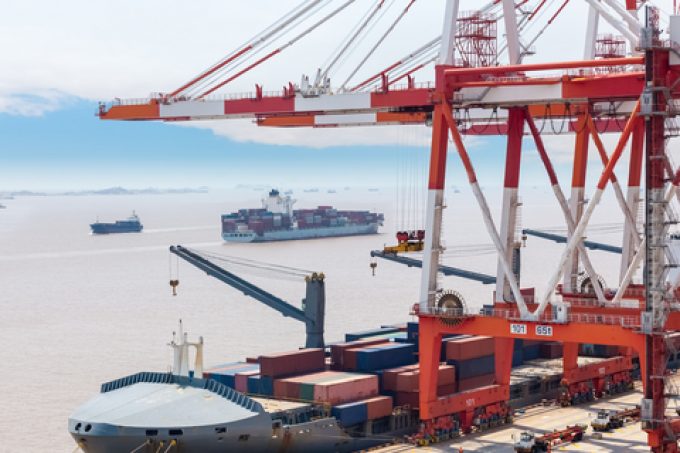 Container volumes at China’s ports increased slightly during January-April, despite the impact from widespread Covid restrictions, including another lockdown in Tianjin.

According to China’s ministry of transport, port volumes increased 1.7% year on year during the period, to 91m teu, with 23.6m handled in April alone.

The Covid-related disruption is continuing at ports across the country, however. In its latest update, Fibs Logistics noted that Tianjin was the latest major port city to go into lockdown.

The forwarder said: “Carriers have cancelled many vessels, causing delays and blank sailings at Tianjin and Xingang. Factories and ports are fully operational, and pushing up freight rates, but this might change with the lockdown this week.”

In South China, Fibs said, there was no congestion at Yantian and Shekou, with good spot rates available to the US and EU markets. However, PCR testing is still required for drivers and cross-border trucking with Hong Kong has been suspended again until further notice.

Meanwhile, Guangzhou was still under lockdown, the forwarder added, with restrictions on trucks and drivers, while shipping lines had been “cancelling some voyages due to congestion and reduced demand”.

And in Shanghai, the reality on the ground has failed to live up to the latest reopening hype from local officials. Fibs head of Greater China Thomas Gronen told The Loadstar: “We’re in a period of ambiguity. There’s an official ruling by the city government of relaxation, but it’s not yet being followed at the neighbourhood committee level.

“To leave your residential neighbourhood and go back to work is still not possible, either. The closed-loop working conditions remain generally in place.”

Furthermore, Mr Gronen noted, there was no sign of a post-lockdown cargo surge.

“We’re not seeing any rush at all,” he said. “The more likely upcoming challenge is a further increase in blank sailings – in which case, even a moderate restart in shipping volumes could lead to congestion.

“Based on the largely unchanged conditions, our recommendation remains using Ningbo port.”

Meanwhile, air cargo operations at Shanghai Pudong are slowing recovering. Jimmy Hu, business development manager at YAD Supply Chain Logistics, said: “The number of closed-loop operators in the cargo area of Pudong Airport has increased to 8,200, and the support units such as ground service, maintenance, cargo terminals, and freight forwarding, have further increased too.

“There are currently 48 airlines operating cargo flights, with the number of cargo routes restored to 53 – an increase of seven airlines and nine routes on mid-April.”