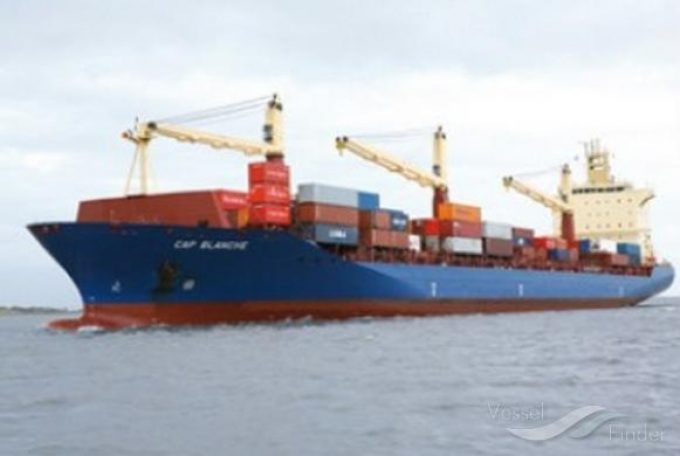 The containership charter market correction has seen daily hire rates stabilise at levels roughly twice as high as those achieved prior to the pandemic, due to the limited supply of open tonnage.

However, faced with a slump in demand and freight rates in free-fall, operators are looking to buy themselves out of expensive long-term charters, meaning more ships will hit the market, dragging down prices.

Indeed, non-operating containership owner MPC Container Ships (MPCC) announced it had reached a “commercial agreement” for the redelivery of its 2,030 teu 2003-built Carpathia and the 2,742 teu 2006-built AS Carlotta.

The two sub-panamax vessels commenced a three-year time charter with US carrier Pasha Hawaii in September, at $42,000 a day each, providing contracted revenue of $92m for the owner.

According to the latest Vesselsvalue assessment, the current combined value of the two ships is only about $38m.

Pasha Hawaii chartered the ships on behalf of wholesaler Costco which, like some other large retailers during the peak of the liner capacity shortage and skyrocketing freight rates, decided to take control of their supply chains by operating their own ships and leasing containers to ply between Asia and the US.

However, since September, consumer demand has plummeted and ocean carriers have been obliged to heavily discount their FAK and contract rates from the heady heights of up to $20,000 per 40ft from Asia to the US that they enjoyed in the first half of the year, to the current levels of less than $2,000 for the west coast and below $4,000 for east coast shipments.

Costco decided to suspend its chartering activity in order not to be priced-out by rival retailers using spot rates on regular liner services. It advised this week it had taken a $93m charge in its fiscal quarter ending 20 November for the early termination of the charters of seven containerships, along with costs associated with equipment hire.

Meanwhile, MPCC said the Carpathia had subsequently been sold after coming off-hire with Pasha Hawaii this month, along with another vessel from its fleet, the 2,742 teu 2006-built AS Cleopatra, for a total of $78m. And the AS Carlotta will become available on the charter market next month.

Despite the steady trickle of ships coming back onto the charter market from early redelivery settlements, Alphaliner said the outlook for the sector was “full of threats”.

The consultant cited an “avalanche of newbuildings” stemmed for delivery in 2023 and 2024 that will result in carriers off-hiring chartered tonnage, as well as the risk from a long recession and high inflation levels that will dampen global container demand.

“These negative factors will inevitably impact demand for container tonnage, with charter vessels first in line to bear the brunt of any fleet rationalisations by carriers,” said Alphaliner.