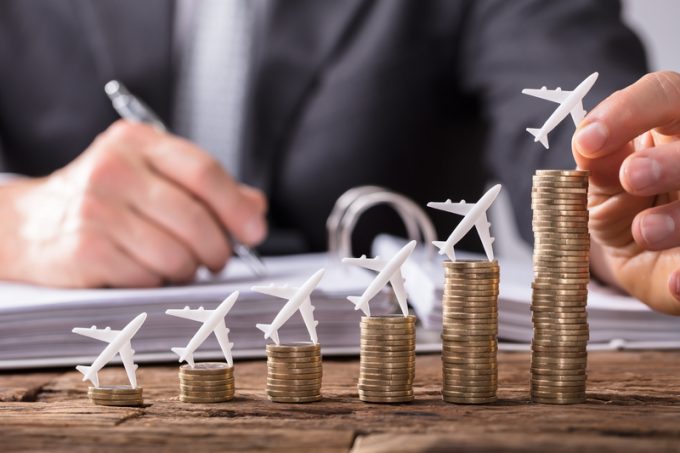 Forwarders can expect significant increases in air cargo terminal handling charges next year, as the sector struggles with rising costs.

It’s no secret that there have been some big winners, financially, from the chaos that is the current logistics market.

These cash bonanzas are the result of the ability of companies to flex their rates based on supply and demand mid-contract, and with the helpful addition of numerous surcharges.

But handling is one sector that is facing significant rises to its cost base – but without the ability (or desire) to rip up contracts, thereby excluding them from the financial frenzy everyone else is enjoying.

And there has never been a time when the chronic under-investment in the industry has been more noticeable – yet despite the cash piling up in logistics, business for handlers is getting worse, and will inevitably result in higher charges, warned one.

So, why are they not chucking out contracts in the way many others in transport and logistics are doing?

“Handler contracts tend to be between three and five years, with the commercial arrangements fixed within them,” said Robert Fordree, executive VP cargo, for Menzies.

“We don’t like to break them, as airlines are very important to us, and the contracts give us an understanding of the volumes coming. We use them to plan ahead for three to five years, so would be loath to break the contract.

“And we have contracts in multiple locations – which means an airline could go to another handler or other location with them.

“But the challenges comes when something happens that you can’t foresee, such as the pandemic, which changed volumes and schedules. We couldn’t foresee the level of cost base we have now.”

Handlers base their pricing on schedule and expected volumes, along with labour and facility costs. But with schedules and volumes changing dramatically over the past year, while labour and other costs have risen sharply, handlers, that always seem to be at the end of any queue for investment (see the current infrastructure failures), are finding it difficult.

“If there are material changes, then there is a discussion that can be had,” explained Mr Fordree. “Carriers are receptive to the fact that our costs have gone up, and they are trying to manage it as well as they can.

“No one wants prices to go up mid-contract, which could impact longer-term relations. There is a balance.”

The one flexing tool they have is surcharges and terminal handling charges (THCs) in some locations, paid by the forwarder. But the THCs are included in the airline contract.

Many handlers have imposed a Covid surcharge, which has allowed them to offset some of the rising costs. Menzies introduced one in April 2020, as the market stopped abruptly and it worried about retaining staff. It discontinued it in September, when volumes were back.

That leaves it with THCs.

“When we talk about volumes, we don’t have the ability to flex rates up or down, so we have to forecast. But we try not to materially impact our customers with our THC tariff, as they are operating in a competitive market.

“But it leaves us a bit between a rock and a hard place. We have an inflationary increase on THCs, but what we’ve experienced this year is unprecedented in terms of cost structures.

“Costs have gone up for things like diesel, where the tax subsidy is being removed and prices are rising considerably – we’ve see a 70% rise in fuel costs,” explained Mr Fordree.  “And National Insurance contributions are rising, while the labour market has changed dramatically.”

He noted a shrinking pool of labour around airports and the dearth of drivers, leading to higher costs. As a result, he warned, forwarders can expect to see a double-digit rise in THCs next year.

“It’s in part, a reaction to not having a Covid surcharge, while the cost base increasing and we can’t flex rates up and down. And the labour market is not going to fix itself any time soon.”

Meanwhile, private equity is getting increasingly involved in the handling business, while there has also been considerable consolidation, particularly in the US. That too is worrying the market.

One senior airline executive noted that the moves were reducing airline choice, while PE would “take the money and flip the companies, but leave behind a load of basket cases”.

Another source said that if handlers were interested in selling to PE, “now is the time”, but also warned that PE could exacerbate under-investment, one of the root causes of the current congestion.

Next up: congestion dissected.