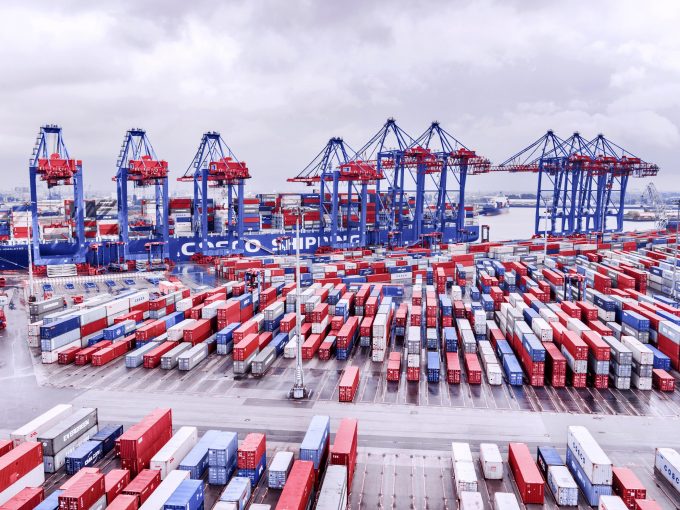 Hamburg terminal operator HHLA has confirmed it has begun talks with Chinese counterpart Cosco Shipping Ports over the sale of a minority stake in its Container Terminal Tollerort (CTT) operation.

If the negotiations are successful, it would represent the first time a non-German operator has bought into the country’s main container gateway.

CTT is the smallest of HHLA’s deepsea terminals – alongside its flagship Burchardkai facility and semi-automated Alternwerder terminal – operating four berths across just over 1km of quay and a draught alongside of 15.1 metres.

According to the eeSea liner database, CTT serves 18 liner services, the majority European feeder strings, although it also handles the Ocean Alliance’s NEU3 Asia-North Europe service (marketed as the FAL7 by CMA CGM and AEU7 by Cosco), which deploys 10 ships of 13,000-19,000 teu capacity.

And clearly the idea of locking-in Cosco volumes to CTT is a key factor in HHLA’s decision to enter the talks.

“HHLA expects the participation to strengthen the relationship with its Chinese partner as well as to provide sustainable planning security for Container Terminal Tollerort in order to safeguard volumes and employment in the port of Hamburg.

“CTT will continue to be open to all customers within HHLA’s network,” it added.

If it goes through, the deal would expand Cosco’s burgeoning European presence – it has turned Piraeus into one of the east Mediterranean’s dominant hubs and looks set to repeat this strategy in Zeebrugge.

It also has investments in Antwerp and Spain and revealed, in its first-quarter results in April, that volumes from its non-Chinese facilities now account for 23% of group throughput. Total first-quarter throughput on an equity-adjusted basis came in at just over 9.2m teu, year-on-year growth of 7.2%.

Meanwhile, HHLA recorded a 7.2% volume decline in its three Hamburg terminals during the first three months of the year, and the port continues to be plagued with congestion issues.

Last week, 2M partners Maersk and MSC announced they would divert the next four calls of the Asia-North Europe AE7/Condor service to Bremerhaven, due to “high yard density and exceptional waiting time for our vessels in the port of Hamburg”.